A family continues to grieve -- after their loved one was killed in a hit-and-run. It's been a month -- but police are still searching for the driver who fatally struck Warren Flagg and just kept going.

PLYMOUTH, Mich. (FOX 2) - A family continues to grieve - after their loved one was killed in a hit-and-run. It's been a month -- but police are still searching for the driver who fatally struck Warren Flagg and just kept going.

"These are the keys he carried every day," said Julia Flagg.

Flagg is in agony entering the holiday season. It's the first without her husband, 79-year-old Warren, killed by a car that police say never stopped to help.

But she says many others are also struggling with the emptiness that comes without a man who would help anyone at any time.

"So, this represents how many people have been left without someone to take care of them," Julia said. "To stop at the grocery store and pick up a half gallon of milk on his way home, as he would do for many of the folks here in town, who didn’t have anybody to do that for them."

Police say Warren Flagg was hit on Beck Road between Powell and North Territorial while he was doing yard work in late October.

He was severely injured and later died.

Police have been searching for what they believe to be a 2007 to 2010 Pontiac Solstice with damage to the front passenger side, including the headlamp and fog light.

Investigators aren’t sure of the color. 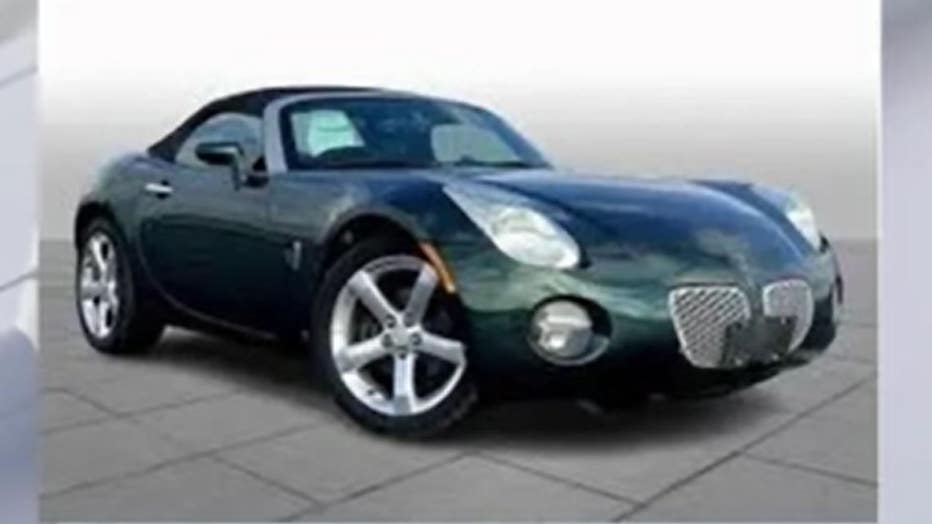 The suspect's car was a Pontiac Solstice like this one.

That devastating night plays over and over in Julia's mind.

"We had 11 beautiful years together, eleven," she said. "And he died at 11:11 at night, and we did his memorial service on November 11th, which was our 11th wedding anniversary."

She says the community support has been incredible.

"There was over 200 people at his funeral and my house has been a parade since he died," Julia said. "People keep coming. People I know. People that live in the community."

But what she really needs is for someone…anyone to come forward with information. Police are still making the same plea, all these weeks later.

"We are working with our federal, state, the state of Michigan. We work with car clubs. We’ve executed search warrants," said Plymouth Township Police Chief James Knittel. "We continue to actively investigate this case, and we’re not going to rest until we are able to determine who the driver was."

"All we can do is ask for Justice for him," Julia said. "That whoever killed him, whoever drove away and didn’t stop to render aid, that that person be held responsible. " 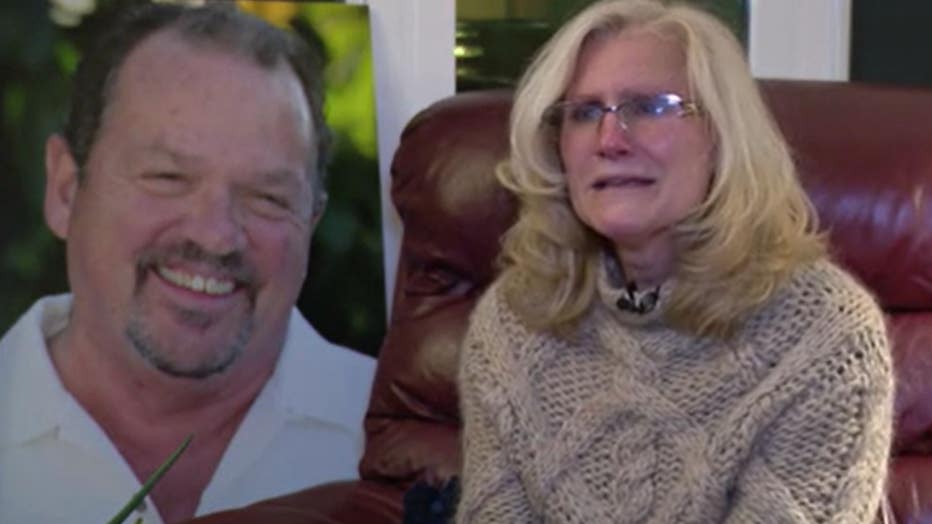 Julia Flagg, right, with a photo of her late husband Warren.