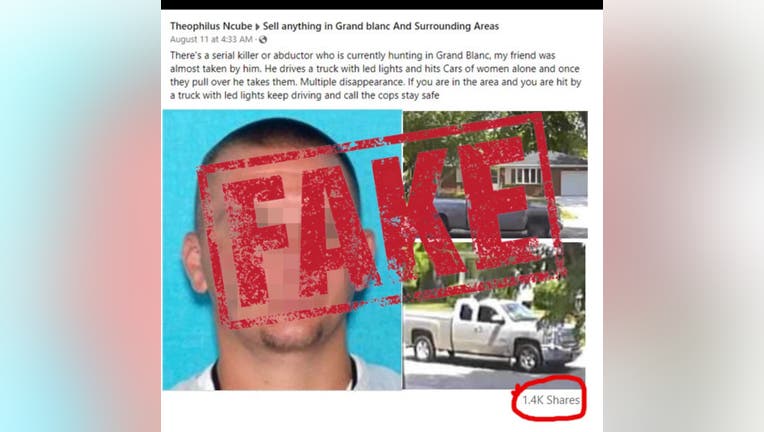 The Facebook post showing a photo of a man and a pickup truck claims a man is using LED lights to get women to pull over, so he can kidnap them. However, this is untrue, and was posted by someone whose profile says they live in Zimbabwe.

Related: Post about attempted human trafficking near airport is fake

Though this post says Grand Blanc, the sheriff's office said similar posts have been made with these false claims in other places, too.

The sheriff's office encourages people to be aware of their surroundings while also double-checking posts on social media before sharing. For instance, check the poster's profile, see if similar posts are being made using other city names, and do a reverse image search.