SOUTHFIELD, Mich. (FOX 2) - Tuesday marked the end of an era, with FOX 2's anchor Sherry Margolis signing off for the final time. Sherry announced her retirement last week after being with WJBK for 35 years.

She said her first emotional goodbye of the day with fellow co-anchors Amy Lange and Derek Kevra during Live at Eleven. You can watch the video clip below, and watch the video tribute Sherry mentions in her goodbye here.

FOX 2 anchor Sherry Margolis says her goodbyes during Live at Eleven after announcing her retirement after 35 years at WJBK.

"I don't know how to say thank you to everybody," Sherry said. "Live at Eleven has been such a joy, working on this show with all the behind-the-scenes people, our producer Scott Brewer and our directors and producers and writers and all the reporters. Everybody behind the scenes who worked so hard to make this show great - and it's so much fun, too. It's kind of a nice combination of fun and news, and it's been great. Just like my career at FOX 2 - important information that we give you but I think we have fun doing it and I hope that it's made a difference in your life, it has certainly made a difference in my life. And I am forever grateful."

She also shared a photo of the flower bouquet she was sent on behalf of the station. 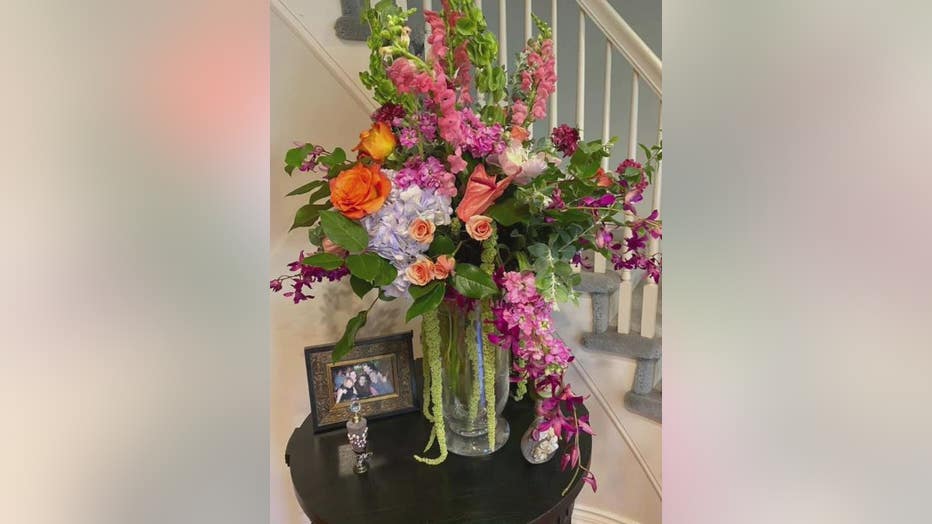 Sherry then said her official "goodbye" and signed off for the last time in the 5 p.m. hour with Huel Perkins, Monica Gayle and Roop Raj.

"I don't know how to thank all three of you, three of my dearest, dearest friends in the world. I have so much love and respect and admiration for all of you. It has been just a joyful experience coming to work each day knowing I was going to see the three of you and you're right, Huel, there's no way I'm letting you out of my life. One of my favorite sayings is when you meet someone special you hold onto them and keep them in your life. And you're there forever, guys. I love you. Thank you."

Sherry's three daughters also recorded special messages for her, which you can see, too, in the video player below.

Anchor Sherry Margolis says her goodbyes during FOX 2 News at 5 p.m. after announcing her retirement after 35 years at WJBK.

Fellow FOX 2 anchors are also sharing their congratulations and farewells on social media.

The University of Michigan honored her with its first annual “Community Involvement Award.” Her specials have been recognized by the Associated Press and the Michigan Association of Broadcasters.