(FOX 2) - An EMT from Huron Township who contracted COVID-19 along with his partner has died after a long fight with the virus.

The son of EMT Paul Novicki reflects on his dad’s decades’ long career as a paramedic.

“He saved people's lives and he made other lives better just by being there,” said his son, Zack Novicki.

Zack remembers his father being on the front lines saving lives for more than three decades.

“He was a first responder. He lived his whole life saving people, his work was absolutely his passion,” Zack said. “I mean there's some weeks where he would work 100-plus hours a week because it’s absolutely what he loved to do, help people. That's what he was all about and he's a hero to a lot of people.”

A hero who had spent the last two weeks hospitalized fighting for his own life after he and his partner at Rapid Response EMS, Rob Nemeth, contracted COVID-19. Nemeth finally recovered but Paul didn't.

“It's awful. It's the worst thing we've ever dealt with and I don't know that anything would really compare,” Zack said.

Zack said his dad, a husband and father from Huron Township, was every bit the family man, that he always made time for his children and step-children.

But then came the coronavirus, and even though Paul was concerned he never let it stand in the way of doing his job.

“He just wanted to help people. He was the kind of person who just wanted the best for everyone,” Zack said. “It's a dangerous job; that's an occupational hazard.” 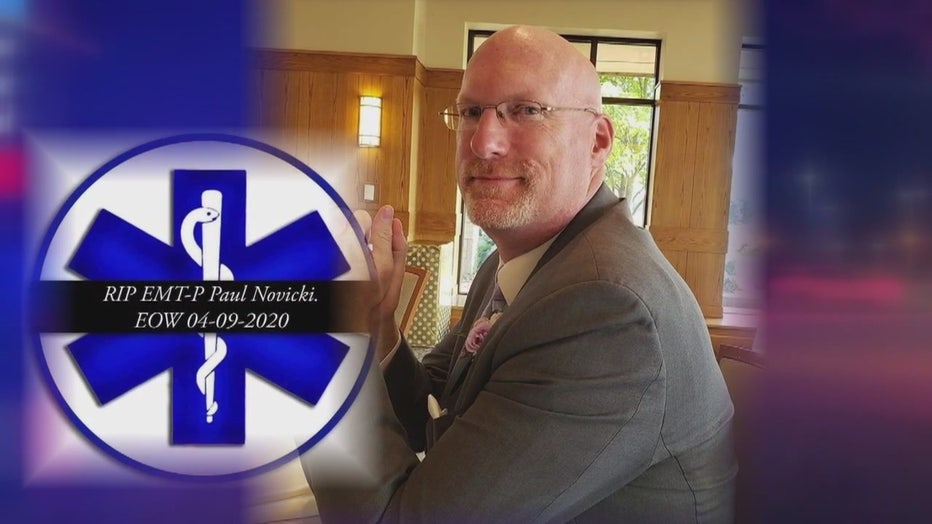 And it’s one that has proved increasingly dangerous and even deadly for our first responders.

“The damage it's doing is horrible. I also think that a lot of other people are contributing to the damage too who aren't taking it seriously,” Zack said.

Zack is urging everyone to take it very seriously, knowing firsthand what families are going through.

“You know somebody who's been affected by it and it's a nightmare for those people and we don't want other people to go through that,” he said.

On this, the deadliest day yet for the coronavirus in Michigan, when 200 more people have lost their lives, Zack's father is a hero among them.

“My dad's whole life has been about saving lives and you can do that just by staying home. So why wouldn’t you?”