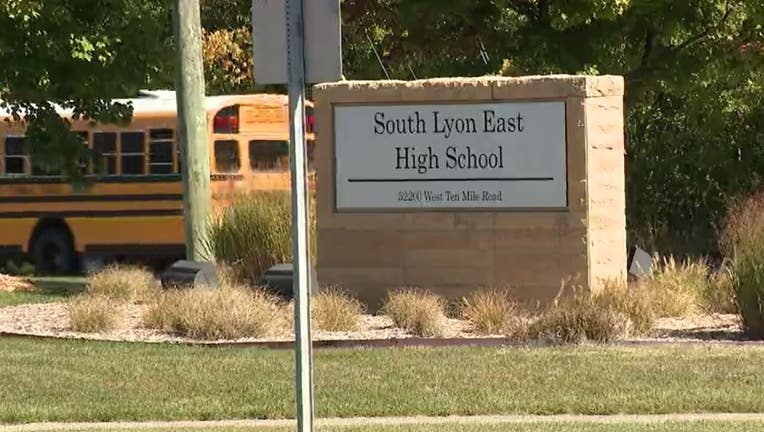 SOUTH LYON, Mich. (FOX 2) - A 15-year-old student at South Lyon East High School is in custody after making a threat against the school Tuesday.

According to the Oakland County Sheriff's Office, the sophomore from Wixom wrote a threat against the school on a bathroom wall, then reported it around 8:30 a.m. Classes continued, but this threat prompted a lockdown until students were released at about 2 p.m.

Deputies, who did not believe the threat was creditable, searched the school and stayed on the scene for 10 hours.

Juvenile Court Referee Karla Mallett ordered the teen to be held at Oakland County Children’s Village, and he has a hearing scheduled Thursday.

"As I have said from the beginning, if you make a threat against a school or for that matter any institution, we will do everything in our power to hold you to account," Sheriff Michael Bouchard said. "The anxiety and the fear these threats cause is substantial – even if the threat is not credible."