(FOX 2) - Southeast Michigan is under an air quality alert for the second day in a row, leading to requests from the state for people and businesses to avoid activities that could lead to ozone formation.

The alert means the state department that oversees the environment is urging people to avoid activities like using gasoline-powered law equipment and charcoal lighter fluid. If drivers can, they're asked to avoid refueling their vehicles or topping off when refueling.

Instead, biking to work, delaying errands, and using water-based paints is advised.

Additionally, children and adults with respiratory illnesses are asked to limit outdoor exertion. Air testing of sites in southern Detroit show multiple locations with elevated levels of particulate matter in the air.

The Air Quality Index (AQI) that Michigan looks to when determining the necessary course of action operates like a yard stick, ranging from levels of concern ranked as "good" to "hazardous." The more severe the level of concern, the worse the quality of air is for groups of people with respiratory issues. 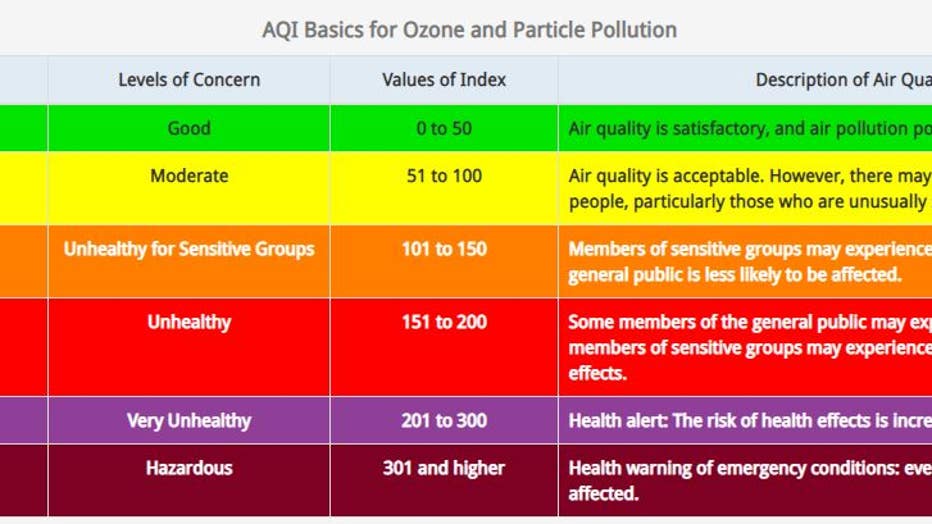 Some of the pollutants in the air that can exasperate air quality issues are ozone and tiny particles that float in the air, known as particular matter. Carbon monoxide, sulfur dioxide, and nitrogen dioxide are also measured when alerts are sent out.