Police say the driver of a white Ford Escape fled the scene of a road rage incident with two motorcyclists that left both riders with non-life-threatening injuries.

Chief Jerrod Hart said a 17-year-old Dearborn man and a 24-year-old resident of Virginia both suffered non-life-threatening injuries after a collision between them and a white Ford Escape near Telegraph and Joy roads.

Witnesses said the at-fault driver left the scene after the crash, prompting a manhunt Wednesday after police got a call about the crash around 8:12 p.m.

"One of the injuries to one of the motorcyclists - his leg was obviously injured very badly," said Sami Agmy, who saw the aftermath of the crash. 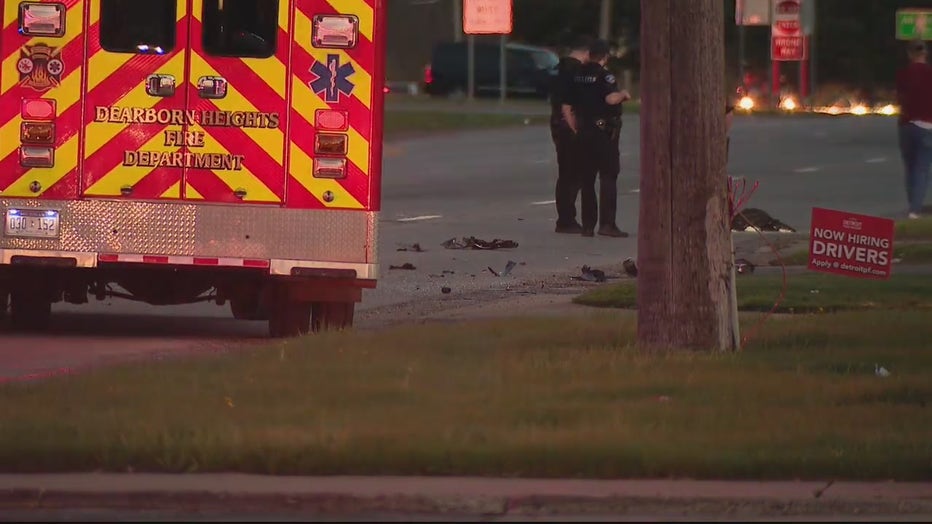 Witnesses of the crash called it a road rage incident.

Surveillance of the crash from two separate buildings shows pieces of a motorcycle strewn across the road as the Escape speeds down the road. One of the motorcycles falls over as the rider slides along the pavement.

Police say the at-fault driver, a resident of Southfield, is cooperating.

He's since been released while the investigation continues. A report will be sent to the prosecutor's office regarding possible charges.

The injured 24-year-old suffered a leg injury. It's unclear what specific injuries the teen received.