WAYNE COUNTY, Mich. - A 24-year-old Southfield woman has been charged with multiple felonies, including first-degree premeditated murder of a former student athlete at the University of Michigan Dearborn.

KaBria Arnold, who played softball player, was later reported to be pregnant at the time of the murder, was found on the street on Detroit's west side with multiple gunshot wounds on Nov. 12. Medics pronounced her dead at the scene. 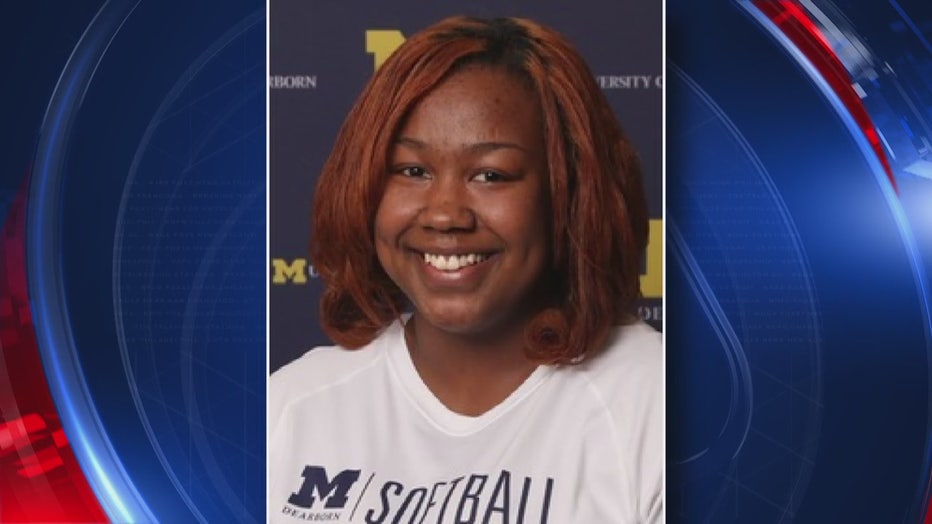 Brantley was accompanied by a 28-year-old man who is reported to be Arnold's ex-boyfriend.

Along with the murder charge, Brantley has also been brought in on charges of assault on a pregnant woman and intentionally causing miscarriage/stillbirth, which carries a 15-year sentence. She was also charged with two counts of felony firearm.

Arnold had just gotten off work at the Meijer when she was gunned down. She was found at Pilgrim and Bentler Street

"I don't understand why this is happening. There's got to be a greater message in her death because it just doesn't make any sense," said Diane Arnold, her mother told us last week.

The youngest of four sisters, she was the pitcher for the team. A public health major, Arnold had planned on becoming a registered nurse.

Brantley is expected to be arraigned later Thursday at the 36th District Court.