SWAT teams have left and all that remains are a couple Oakland County Sheriff deputies at a home in a spacious neighborhood north of Rochester. Police said a man had threatened to hurt himself and his wife had left the home with their kids before calling police the night before.

A man was allegedly threatening to hurt himself when his wife and kids left and called the police.

The scene was made secure early Thursday morning around 7:30 a.m., police said.

The call first came to the police around 10 p.m. Wednesday night, which prompted SWAT members and Oakland County Sheriff Office deputies to report to the scene.

The home where the man had been held up was north of Rochester off of Mead Road and Waverly Drive.

Police referred to the scene as a domestic situation.

"I think it doesn't belong here at all," said Sue Servatius, a neighbor. "This is a quiet and friendly neighborhood and whatever is happening shouldn't happen here."

FOX 2 was told the scene was secure, however, it's unclear how the situation was resolved. 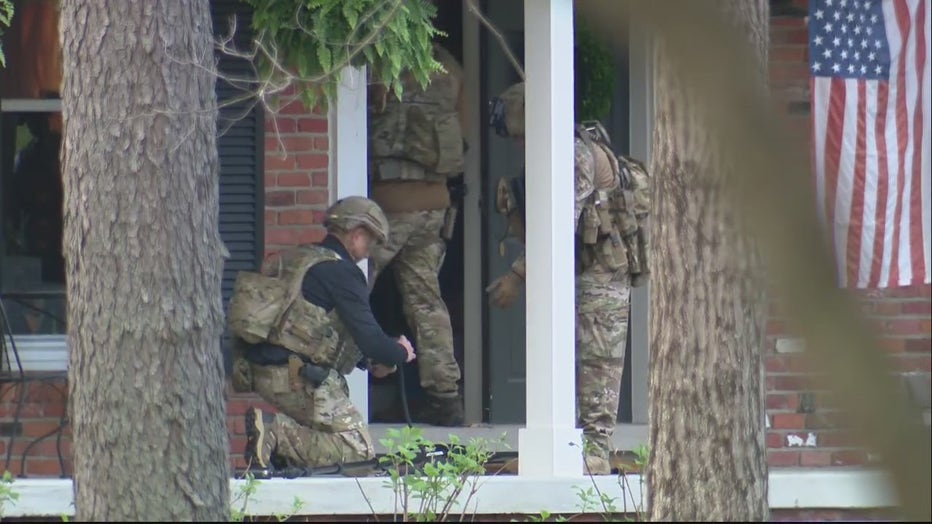 While SWAT officers had dispersed, other officers remained at the scene after crews cleared out.

It's unclear if anyone was hurt.