Michigan State Police were at the scene of yet another Detroit freeway shooting Tuesday afternoon.

DETROIT (FOX 2) - Michigan State Police are investigating another freeway shooting on the west side of Detroit in less than 24 hours near the I-96 westbound side ramp off southbound Southfield Tuesday afternoon.

The driver in an SUV on the Southfield was shot and wounded by someone in another vehicle which pulled alongside and started shooting. Investigators say that at least five shots were fired at the dark SUV in which the victim was targeted.

State police said that aside from the 28-year-old driver being struck, possibly a passenger inside who left the scene may have also been wounded. The victim's SUV hit the wall and came to a rest on the shoulder of the ramp to the I-96 freeway.

Witnesses said the shots came from someone in a dark sedan. The suspect is listed in temporary serious condition.

State police 1st Lt. Michael Shaw said that investigators would like to hear from the witness.

By 7 p.m. the freeway was reopened. This shooting does not appear to be connected to another incident that happened on I-96 last night, according to investigators. 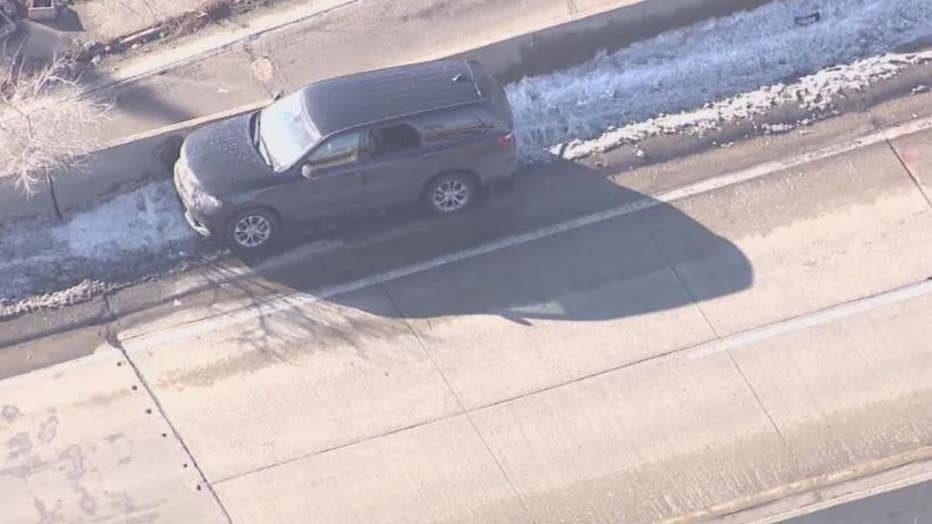 The shooting victim's SUV came to a rest at the foot of the 96 ramp from M39.

Michigan State Police say that this does not appear to be road rage or random. Investigators believe the victim knew the suspect.

It is the eighth reported shooting on a freeway in metro Detroit since Jan. 1.

Late Monday night a wild shooting scene unfolded on I-96 near Schaefer and Grand River where three people died.

Pastor Maurice Hardwick is calling for peace calling the city's freeways the new shooting galleries. He believes freeway shootings are on the uptick because there are no cameras like inside stores that belong to Project Greenlight.

Hardwick wants to organize a peaceful protest to put an end to the freeway shootings in Detroit.

For real-time maps and current traffic information go to fox2detroit.com/traffic