STERLING HEIGHTS, Mich. - A police chase that started in Sterling Heights after law enforcement began investigating the theft of cars from a dealership ended early Friday morning in a deadly crash.

One woman is dead after a deadly crash at 15 Mile and Van Dyke early Friday morning. It started when police were chasing a man in a stolen Jeep.

One person is in custody, another is on the loose, and a woman is dead as a result of the carnage that unfolded on Van Dyke last night.

Macomb County Sheriff Anthony Wickersham said the events that led up to the deadly crash started with four cars being stolen out of a dealership in Washington Township at 30 Mile and Van Dyke. Sheriff deputies advised area law enforcement it was pursuing a stolen white Jeep Cherokee around 11:15 p.m. Thursday.

Law enforcement originally responded to the location after receiving reports of reckless driving in the area.

However, police soon called off the pursuit around 26 Mile and Van Dyke. 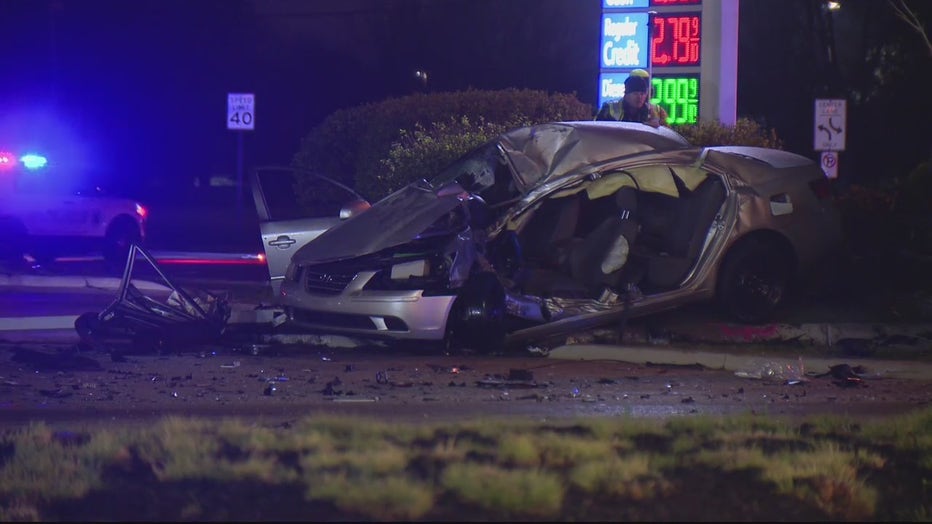 A 20-year-old woman died in the crash.

A release from Sterling Heights police said the stolen vehicle continued south down Van Dyke at speeds over 100 mph. It ran red lights at all major intersections.

A short time later, that Jeep was involved in a three-car crash at 15 Mile and Van Dyke, where damage was still evident hours later. It crashed into a Chevrolet Malibu, which killed a 20-year-old woman instantly.

One witness who saw everything unfold described it as "like a bomb."

"It was terrible, I didn't even realize until I was looking at it, there was three cars," said Ernest Warrick. "It was something else."

The vehicles that collided also struck a third vehicle - a Hyundai Sonata that injured the driver and passenger.

There were scattered car parts, a broken sign, and a leveled street light pole as well. 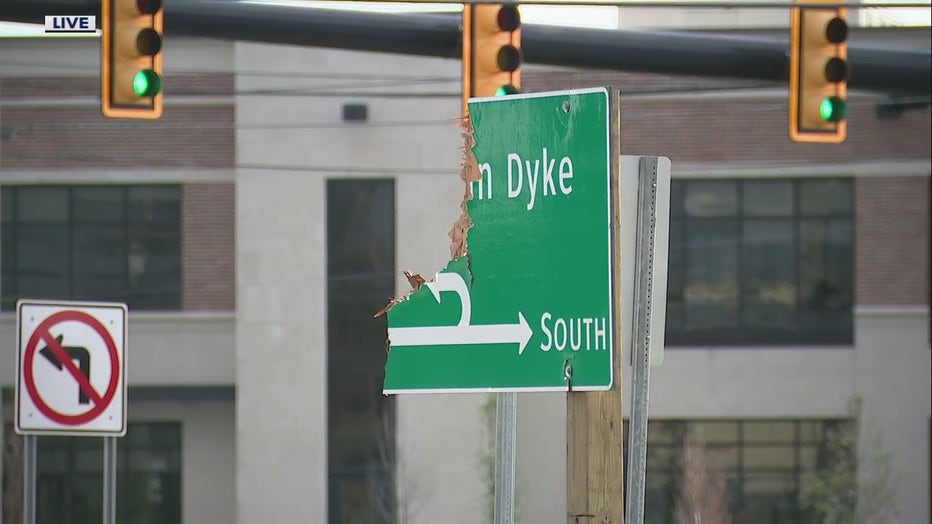 One witness who saw everything unfold described it as "like a bomb."

Police took the driver of the Jeep into custody. He's currently at a hospital with minor injuries and is in police custody.

Law enforcement say that another suspect may have also been in the Jeep at the time of the crash, however, they haven't been able to locate them.

The incident is still under investigation.