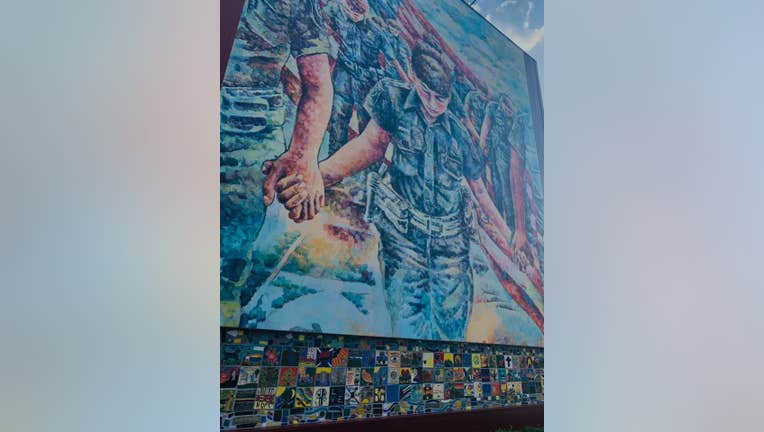 STERLING HEIGHTS, Mich. - A Detroit suburb is defending the recent unveiling of a large mural of police officers holding hands with heads bowed in front of the American flag.

Sterling Heights says it has no plans to remove the painting, despite regret expressed by the artist.

The Detroit Institute of Arts, a partner in the project, acknowledges that some people are offended by the image.

The mural, titled "To Serve and Protect," is a replica of a painting that was in the lobby of the Sterling Heights police department.

The city says the mural serves as a memorial to the city's officers who died in the line of duty.