The investigation continues after a school bus driver crashed a bus leaving Henry Ford II High School students into a pole at the corner of Schoenherr and Hall Road in Sterling Heights Tuesday afternoon.

MACOMB COUNTY, Mich. (FOX 2) - A day after a high school bus driver was allegedly drunk when she crashed a bus full of students we’re learning some students on board were potentially hurt - and that could impact the charges against the driver.

"They have no business being on that bus let alone driving that bus with our kids on it," said Macomb County Prosecutor Pete Lucido.

The investigation continues after a Utica school bus driver crashed a bus leaving Henry Ford II High School students into a pole at the corner of Schoenherr and Hall Road in Sterling Heights Tuesday afternoon.

Police tell us when they found the driver they could smell alcohol. During a breathalyzer test, she blew a .10  - well over the legal limit.

"What do these people do? Go to happy hour and then go pick kids up?" said parent Aaron Grauert.

Grauert has kids that attend high school but don't ride the bus. He found out after the district sent out an email.

"I read it a couple of times because it didn’t believe the first time I read it," he said.

The bus did have roughly 40 student onboard at the time.

Police tell us initially it didn't appear as though anyone was injured. But during follow-up interviews with the students on board, injury claims are now being made.

"We are looking at whether or not any of those students are severely injured. Not just bruised up, but severely injured which heightens the level of possible charges," Lucido said.

In the meantime, the superintendent of  Utica Schools issued a statement saying the driver will no longer operate a bus in the district and there will be a thorough investigation.

"I know they are looking into it. I know they followed through with it. I just hope some action takes place," Grauert said.

Police say the driver was immediately taken off the bus and into jail. The school district sent another bus to pick up the students because initially, no one reported any injuries. 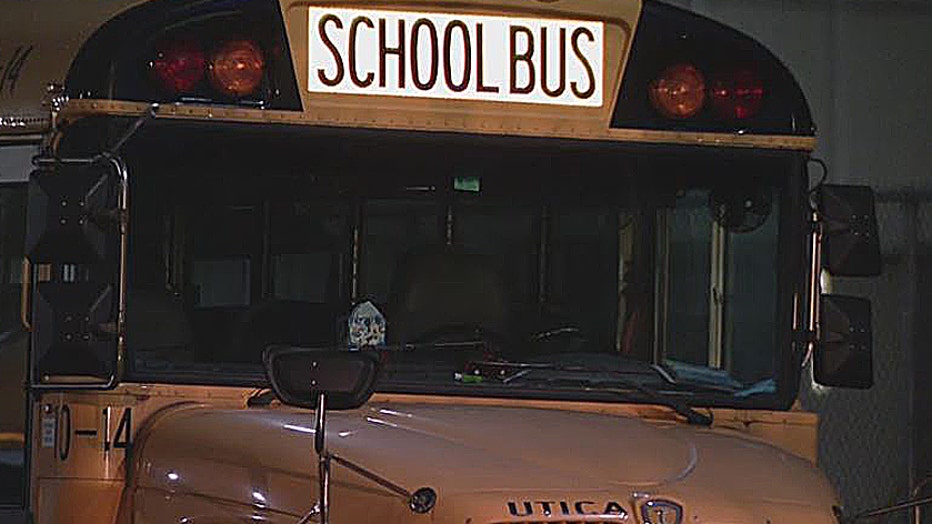