How technology could stop school shootings

Steve Reinharz, the CEO of Artificial Intelligence Technology Solutions, is on a mission "to help children be safe and feel safe."

Reinharz announced the plan donate the ROSA with Firearm Detection security systems, which cost about $7,000, from the company's Ferndale facility Monday.

"Could be installed over school entries and in parking lots in 30 minutes or less, and will detect and alert and lockdown schools within five to 10 seconds of a firearm being seen in that area," he said. 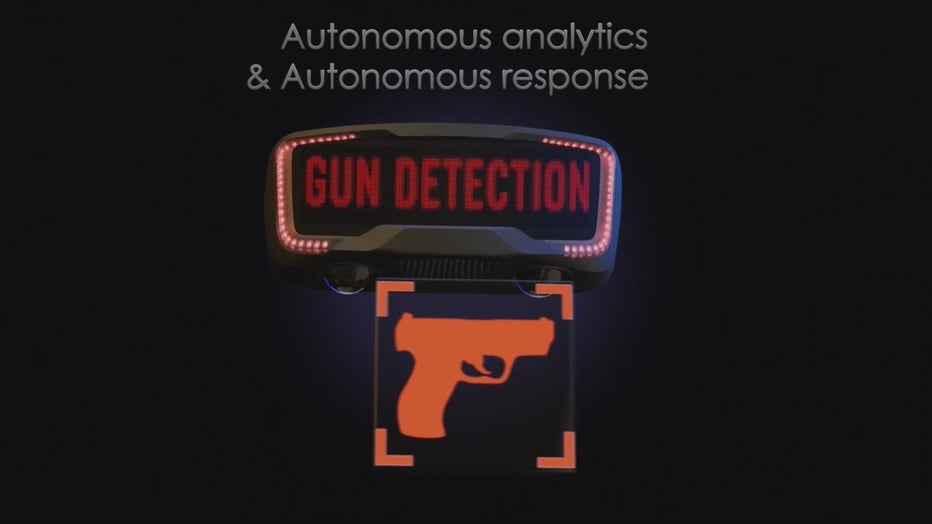 The initiative is called "Bailey’s Gift" in honor of Bailey Holt who was shot and killed by a shooter at her high school Kentucky in 2018.

"If we had had this technology 4 1/2 years ago, Bailey may still be here today, and all the students from Uvalde would be here today, too," said Bailey's mother, Secret Holt.

Reinharz said the system would have locked down the Texas elementary school, based on video from the fatal school shooting.

"We ran the Uvalde video that was released last week through our system, and we would have had lockdown upon entry to the building," he said.

The ROSA technology reacts in various ways once a gun is detected.

"You can have this alarm immediately activate, immediately being up to 10 seconds. As part of the activation sequence you’re going to get audible alerts," Reinharz said. "You’re going to get text messages to law enforcement, school administration, school resource officer – all that happens automatically."

The technology can also lock doors at the school.

Artificial Intelligence Technology Solutions is looking for schools that are underserved.

"We’re basically going to say, "Hey, who's underserved and who is at highest risk?'" Reinharz said.

In addition to ROSA, Artificial Intelligence Technology Solutions also offers other technology like SCOT, which is mobile and can move around buildings.