Two teens who authorities say are dangerous are on the run after escaping Children's Village. One of the teens is facing charges in connection with a shooting.

PONTIAC, Mich. (FOX 2) - The Oakland County Sheriff's Department is searching for two teenagers who escaped from the Children's Village on Sunday, one of whom is charged with multiple counts of assault with intent to murder.

The sheriff identified the two teens as Elijah Travis Daniel Lee, 16, and Kuran Melvin-Vito Dolton-Burton, 15, were both last seen while working on a food service detail at Children's Village on Sunday and were last seen around 7:40 p.m.

"They took advantage of the situation, there’s no doubt about that. So they just ran away when they were going from one building to another," said Oakland County Undersheriff Mike McCabe.

A spokesman for Oakland County says the pair worked their way onto the food detail through a treatment program at Children’s Village in which residents earn more responsibilities as they improve their behavior.

According to the sheriff, Lee was charged with three counts of assault with intent to murder following a March shooting. Deputies said someone shot into a home on Blaine Ave in Pontiac, hitting two people inside. Both suffered non-life-threatening injuries.

"We need to get him back in custody. Now we have notified the victims of the shootings that they did escape," McCabe said.

Dolton-Burton is charged with car theft and two counts of hit-and-run from a May 17 crime. According to the sheriff, Dolton-Burton stole his aunt's car and hit several cars before leaving the area.

"They’re both, especially one of them, extremely dangerous," McCabe said. "We’re concerned for the public safety."

Anyone with information is asked to contact CrimeStoppers at 1-800-SPEAK-UP. A reward of up to $1,000 is offered for information leading to an arrest and the caller will remain anonymous. 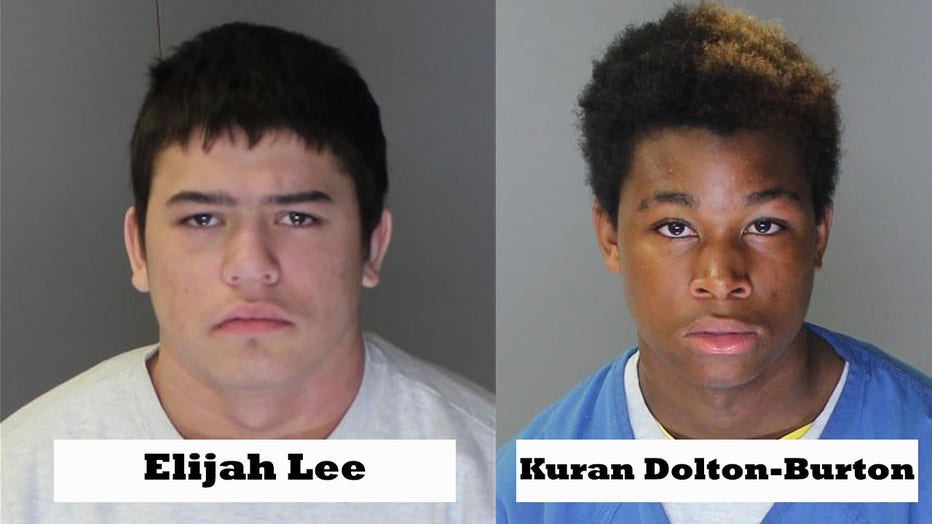