Video: Teen jumps from I-75 bridge after stealing new Mustang

A 14-year-old wanted for stealing a new Mustang from the Ford assembly plant jumped from a bridge on I-75 as he tried to escape police. He was taken to the hospital with non-life-threatening injuries.

The Brownstown Police Department said a 14-year-old who stole one of three Mustang Shelby GT500s on Wednesday tried to escape arrest by jumping from an I-75 overpass after the stolen car ran out of gas.

According to police, just after 7 p.m. on Wednesday, Woodhaven Police put out a report of three Mustang Shelby GT500s that were stolen from the Flat Rock Assembly Plant lot, which is located in Woodhaven.

"I know that there were four stolen Mustangs out of the same lot the night before. That will be part of our investigation to see if it was that crew or a different one," said Lt. Andrew Starzec with Brownstown police.

A 14-year-old jumped off a 25-foot high bridge while trying to escape Brownstown police. He had been caught driving a stolen Mustang, but ran out of gas in Detroit so he took off on foot.

Brownstown Police found the three stolen cars on I-75 near Sibley and tried to stop them but all three drivers refused.

"These Mustangs are very expensive. The one we recovered had a sticker of $113,000," Starzec said.

Police stayed with one until it eventually ran out of gas on an overpass on I-75 near Pleasant Street in Detroit.  At that point, police said the juvenile male jumped off of the bridge into a vacant yard below.

Police said the bridge was about 25 to 30 feet high.

"It was a tall bridge. We didn't expect that. I don't think the gentlemen expected it to be a far drop either," Starzec said. 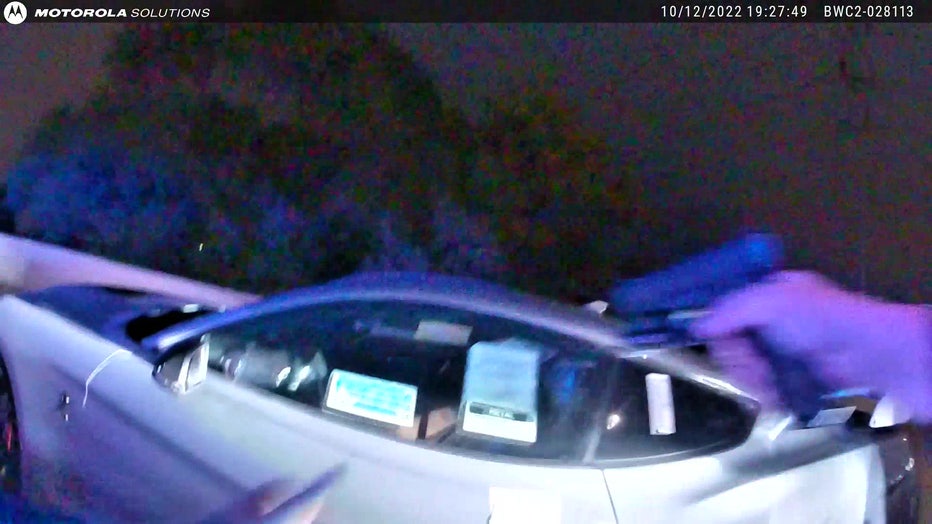 Brownstown Police said a 14-year-old who stole a Mustang Shelby GT500 was arrested after jumping about 25 feet from a bridge on I-75 on Wednesday, Oct. 12.

Officers, firefighters, and paramedics immediately arrived to help him and took him to the hospital with non-life-threatening injuries. His mother was called and the teen was turned over to her care at the hospital.

This theft in Woodhaven is the second one in a month. On Sept. 13, police said at least 12 Mustangs were stolen from the same lot. Two of the cars were recovered that same day.

It's not known if these two thefts are connected, but it's possible.

In August, Detroit Police said carjackings were climbing in the city with suspects as young as 11 arrested. The belief is that they're working for part of a larger ring made up of adults who have convinced them to take part in the thefts because the punishment for juveniles isn't as steep as it is for adults.

"The older offenders know, ‘I can do this and not really have my hands on it because I didn't really steal the car,’" said DPD Lt. Clive Stewart.