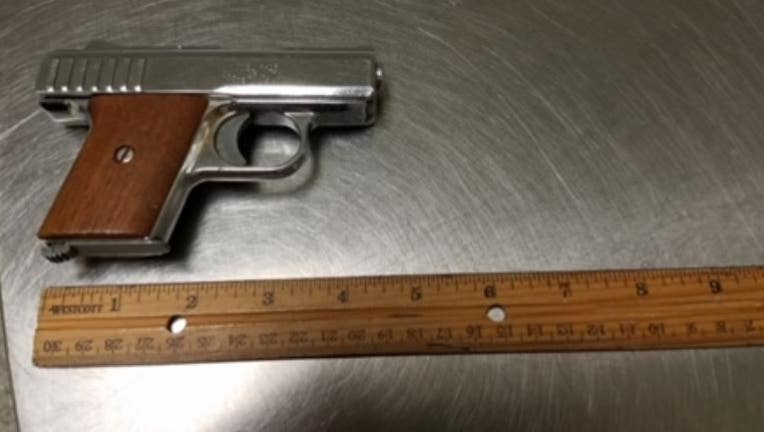 DETROIT (FOX 2) - One person was arrested Monday after Transportation Security Administration agents found a handgun in their carry-on bag at Detroit Metro Airport.

According to officials, the Detroit traveler was going through security around 7 a.m. when an X-ray detected the weapon, which was not loaded.

Monday's discovery is the 37th gun found at the airport this year.

Last month, three weapons were found on three travelers in the same week.

"Despite a steady increase in the number of travelers being screened each day, TSA is focused on its security mission and will remain vigilant to ensure that any type of security threat does not make it into the sterile area of the airport or onto an aircraft," said Detroit’s TSA Federal Security Director Steve Lorincz.

Passengers can only travel with firearms in checked baggage. The guns must be unloaded, packed separately from ammunition in a locked hardback case, and declared at the airline check-in counter.

TSA may impose civil penalties of up to $13,910 per violation per person. A typical first offense for carrying a loaded handgun into a checkpoint is $4,100. If a traveler with a gun is a member of TSA PreCheck, they will lose their TSA PreCheck privileges for a period of time.