Rich Luterman tells us what to expect as the snow moves in overnight.

SOUTHFIELD, Mich. (FOX 2) - A Winter Weather Advisory has been issued from 4 a.m. this morning until 4 p.m. Tuesday including most of the southeastern Michigan viewing area.

To say Michigan has lacked considerable snow this year would be a bit of an understatement. Since January 1 we've received 3.7" of total snow (officially) when the month averages closer to 12.5". Well, we'll do our best to add to the monthly totals by the end of Tuesday. 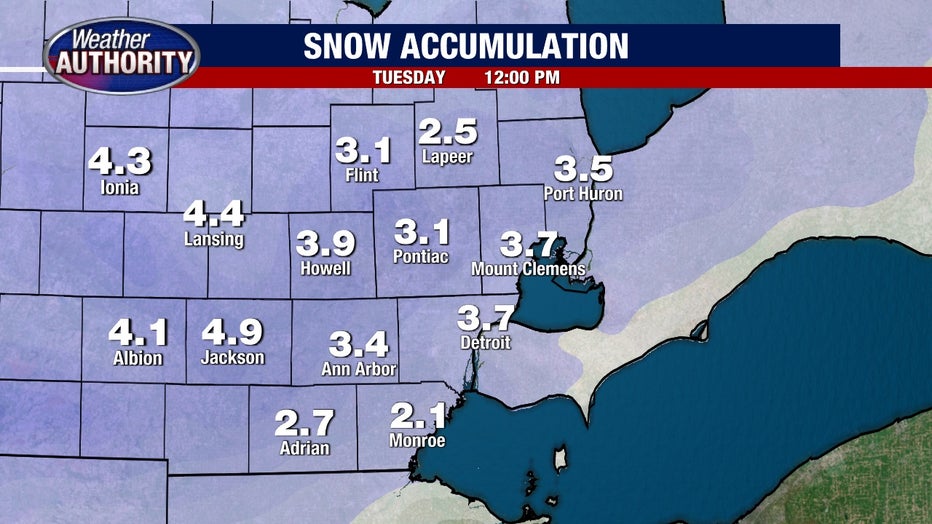 A moisture-rich storm is ejecting out of the Gulf South right now and will eventually be met by cold air from the Rockies. Thankfully for us, the bullseye of the moisture will miss Michigan, but the back end will still be substantial.

Area-wide we are looking at 2-4" of snow, with higher totals slightly west of our viewing area (Lansing, Jackson, etc).  But perhaps the worst part of the system... is the timing.

The snow will begin to fall after midnight Tuesday morning but the majority of the snow will accumulate between 5 and 8 a.m. some very heavy bands of snow falling in this period.  In fact, some models are predicting we could see rates of nearly 1 inch per hour around the 6 o'clock hour. 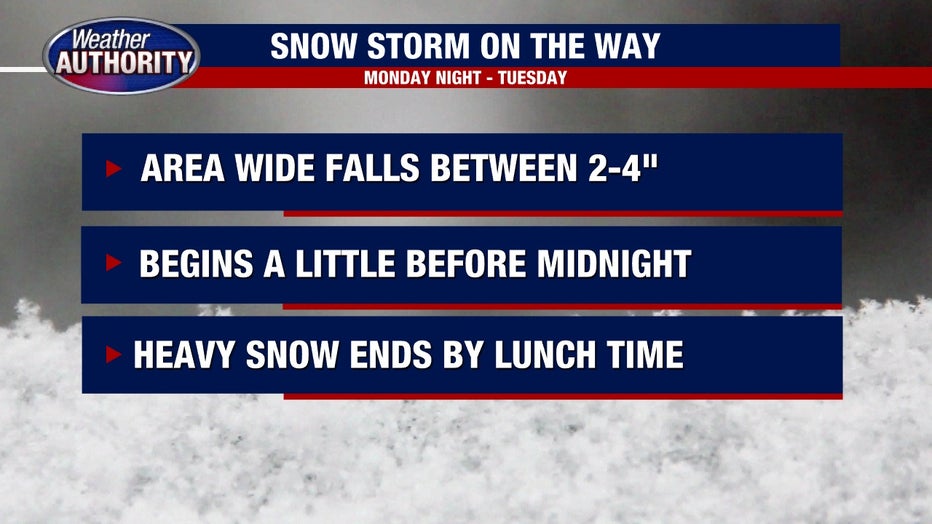 The heaviest snow will end around 1 p.m. but light snow showers will continue until nearly 6 p.m.

If you are driving in the snow remember that while 4-wheel-drive is a handy tool for accelerating in slippery conditions it does not provide the same protection when braking. So be careful!

If you were hoping for the light and fluffy stuff we picked up on Sunday, you're a bit out of luck. It's going to be a little bit wetter and heavier than the easy stuff we just cleared out. While shoveling, plan on taking breaks if needed.

After this system moves out of Michigan, we'll be free from winter storms until the weekend. 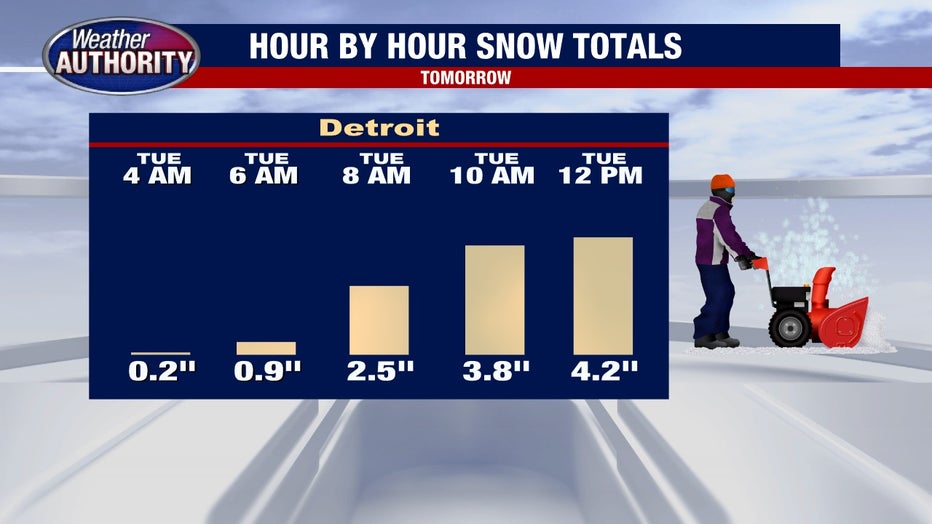