Luckily the two teen girls are expected to recover from being shot at a west side birthday party amid a violent Detroit weekend.

DETROIT (FOX 2) - Two teen girls were shot at a party on Detroit's west side amid last weekend's wave of violence across the city. Luckily they are expected to recover.

And they’re not the only ones: Redmond and Jacqueline Delagarza are counting their blessings.

Their daughters Keyyrra Davis and Ariana Patton were shot at a party on Joy Road and Penrod Sunday night. Both girls are close friends from Melvindale.

"This is all these kids linking up on Instagram and just coming to a spot," said Redmond, the mother of Keyyrra Davis. "And they chose to come to Joy Road."

Redmond says her daughter Keyyrra snuck away from home the night before the shooting — going to Ariana’s house and telling her mom-she had been kicked out.

"And I told her I highly doubt that your mother, (with) you being a young girl, kicked you out at three o'clock in the morning," said Delagarza, the mom of Ariana Patton. "I was like you can stay here tonight and we’ll handle it in the morning. I had woke up the following day and her and my daughter were both already gone."

Delagarza says somehow the girls, 14 and 15 years old, took a Lyft to Detroit’s west side. Lyft does not allow minors to ride alone.

Delagarza says her daughter sent a text message Sunday afternoon apologizing for leaving home and then radio silence — nothing for eight hours until both her and Redmond’s phones rang.

"The next phone call that I got was at 8:45 that my daughter was shot," said Delagarza.

"I  was down the Southfield freeway 100 miles an hour to get to my child," said Redmond.

Someone did a drive-by, leaving Keyyrra shot once in the foot and Ariana struck in the side, arm and back.

"And the one on her back, the doctors said it was literally a hair away from her spine," Delagarza said.

Sunday night’s shooting capped of a particularly violent weekend in Detroit. There were seven homicides and 24 non-fatal shootings—including one over a parking spot in which six people were wounded and two others killed.

Redmond and Delagarza say their daughters caught a break - and it’s a wake-up call that could not be louder or more clear.

"And here you are living this thing that you never believed would happen," Delagarza said. "And this thing you keep drilling into your kids’ heads - like you guys cannot do this type of stuff.

The investigation is underway for the shooter with no arrests made yet. Anyone with information on the case is asked to call the Detroit Police Department's 6th Precinct at (313) 596-5640 or you may remain anonymous by calling Crime Stoppers at 1-800-SPEAK-UP. 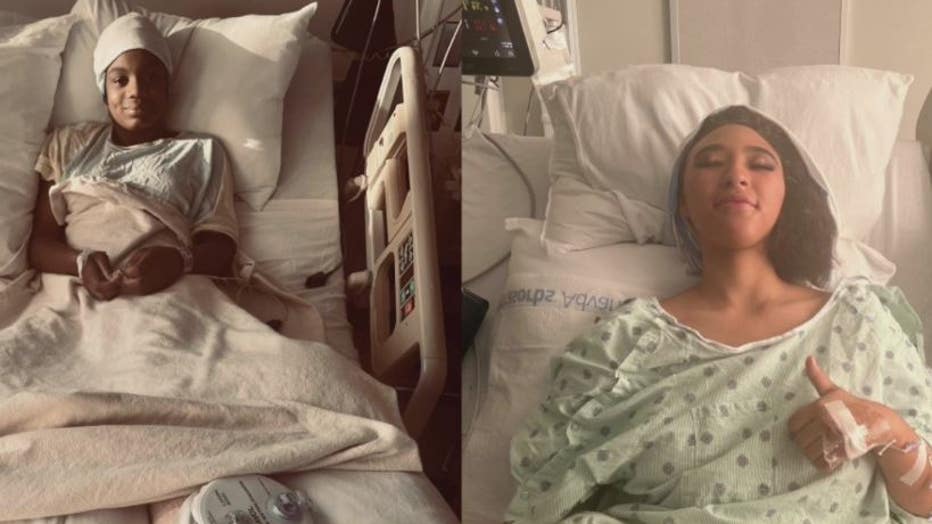