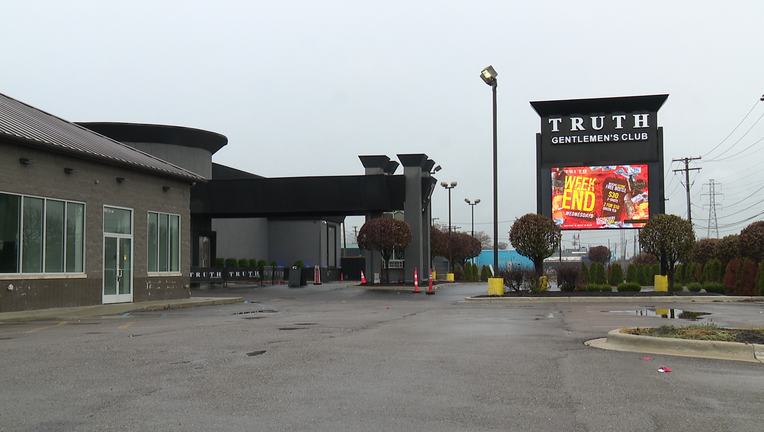 DETROIT, Mich. (FOX 2) - The Detroit Police Department is investigating a double shooting with one person dead outside the Truth Detroit Gentlemen's Club.

Police said the shooting happened at 1:45 a.m. outside the club on 8 Mile Road. Investigators said they believe a suspect fired shots outside the location and struck the two adult men.

One of the men was fatally wounded in the shooting. The other man was privately conveyed to a nearby hospital in stable condition.

Police have not made any arrests connected to this shooting.

READ NEXT: Police: Teen allegedly accidentally shoots and kills other teen on Detroit's northwest side