Travelers from more than 30 countries who are fully vaccinated and have a negative COVID-19 test will be free to fly to the U.S. after more than 20 months of restrictions. The first flight is expected to land at DTW will be around 8:30 a.m.

MONDAY NEWS HIT - It's been more than 20 months since the U.S. placed a ban on nonessential travel to international flyers due to the COVID-19 pandemic. But at 8:30 a.m. Monday, the first flight from a foreign destination will land at Detroit Metro Airport as restrictions lift on dozens of countries.

It's the latest sign of slow by gradually improving conditions in the battle against the pandemic and a fight for public health as the U.S. lifts rules on more than 30 countries.

Additionally, land borders with Canada and Mexico will also open to foreign travelers on Nov. 8, more than three months since travel was eased for American citizens.

The goal is to restore more normal travel while limiting the spread of COVID-19, the government says. The travel industry and European allies have pushed for an end to country-specific bans.

Taking its place are vaccine status rules. Anyone who wants to visit the U.S. will need proof of being fully vaccinated and have a negative COVID-19 test within 72 hours before flying.

There are some exceptions. Children under 18 will not need to fulfill the vaccine requirement as long they test negative. Kids age 2 and younger are exempt from the testing requirement.

The lift in rules includes most of Europe.

Since half the world remains unvaccinated, and vaccine distribution has been so skewed to rich countries, the Biden administration is leaving a loophole for people who live in countries where vaccines are scarce. That list includes about 50 countries where fewer than 10% of people have been vaccinated. Travelers from those countries will need permission from the U.S. government to come, and it can't be just for tourism or business travel.

The U.S. government says it will permit unvaccinated international visitors to enter the country if there is a humanitarian or emergency reason, such as an emergency medical evacuation. Those exceptions will be applied "extremely narrowly" and require approval from the Centers for Disease Control and Prevention. There could also be a medical exception, with documentation from a doctor.

Clinics for vaccinated kids against COVID-19 open in Detroit

Detroit is now hosting vaccine clinics at two locations specifically for getting children inoculated against COVID-19, less than a week since the vaccine was approved for kids ages 5-11. The Pfizer-BioNTech vaccine received unanimous approval from the CDC and FDA panels last week.

Detroit Mayor Mike Duggan has laid out his plan to get children between the ages of 5 and 11 vaccinated against COVID-19. Health officials say the child vaccine could be a game-changer in the fight against the coronavirus.

Parents can take their kids to the Detroit Health Department or the Northwest Activities Center Monday through Friday, as well as in the mornings Saturday for an appointment. Mayor Mike Duggan said the time slots will be longer and more accommodating for kids since getting a shot can be difficult.

There are 68,000 kids in Detroit newly eligible for the vaccine. In order for them to get the shot, they'll need a parent or legal guardian to be in attendance and show a photo ID when they arrive. Parents are encouraged to set up an appointment by calling (313) 230-0505. Additionally, Detroit public schools will soon be offering vaccine clinics at school buildings on the weekends and potentially during the school day.

The events have yet to be announced.

Demolition has begun at a former ski resort in northern Michigan. Sugar Loaf in Leelanau County, northwest of Traverse City, once attracted 3,000 skiers a day in winter but has been idle for more than 20 years.

"The township is extremely happy that the buildings are coming down and will no longer be a health and safety hazard," said Tim Stein, the Cleveland Township supervisor. "It’s just finally come to fruition. It’s been 20 years and a lot of hard work."

Demolition crews using heavy equipment began taking big bites out of buildings last week, area media reported. "My only comment is ‘yahoo,’" said Marilyn Bordeaux, who lives in a condominium on the property. She described the former resort as a "horrendous eyesore." 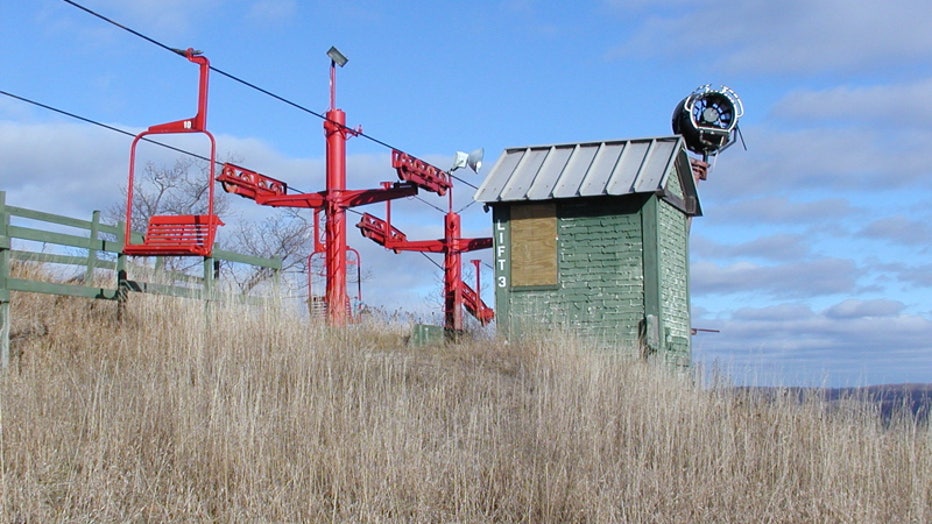 It’s not clear what’s next for the property. The owner hasn’t been publicly identified. "I would be happy if it went back to nature, but that’s probably not realistic," Bordeaux said.

A family of eight is struggling after losing everything in a house fire for the second time this year. A fire broke out Wednesday in the home where Stephen and Sharae Rodgers lived with their six kids on Detroit's east side.

Now the Rodgers family is trying to pick up the pieces while expecting their seventh child. "My husband keeps me going most days," Sharae Rodgerssaid, "And my faith in God, that's what keeps me going."

Detroit family picks up after second house fire in a year

A mom and dad to 6 with another baby on the way are picking up what's left inside their home after their second home caught fire in a year.

The Rodgers family was first hit with tragedy back in March when another home in which they were living caught fire. Now eight months later, they're dealing with a similar heartache. "The kids being displaced again is the hardest thing," Stephen Rodgers said.

The Rodgers family had temporary housing but will need a more permanent solution. The family started a Gofundme so anyone who wants to can help them get back on their feet.

A 6-year-old girl died Sunday afternoon after she was hit by an SUV and the driver then left the scene.

The girl was hit a little before 3 p.m. on Sunday on Bingham, about two blocks south of Tireman. According to Dearborn Police, the girl had severe injuries and was rushed to Children's Hospital where she later died.

It's going to be a beautiful start to the week with temperatures hitting the low 60s by Monday afternoon. Conditions will feel warm for the next few days before taking a tumble later this week. Rain is also expected Tuesday.

Temps stay above average through the week, turning sharply colder this weekend.

Businesses and organizations are coming together to thank and honor veterans and active-duty service members with free goods, services and discounts on Nov. 11.

Here are some restaurants and businesses participating this year on Veterans Day. Keep in mind, most businesses will require proof of military service to access these discounts.