FOX 2 - Congresswoman Brenda Lawrence was in town to visit  Harper Woods, Detroit and the Grosse Pointes to see the flood damage, and deliver a message of hope.

Her first stop was Harper Woods, where she got a first-hand look at the aftermath of last week's rainfall that left many homes businesses and city buildings dealing with flood damage.

While in the 32nd District Court, administrator Rachelle Matouk said that most of the carpets will have to be replaced and pointed out signs of black mold from the flood damage.

From Harper Woods to Grosse Ponte where Congresswoman met residents still in disbelief of the magnitude of the storm.

"We were pleading with the 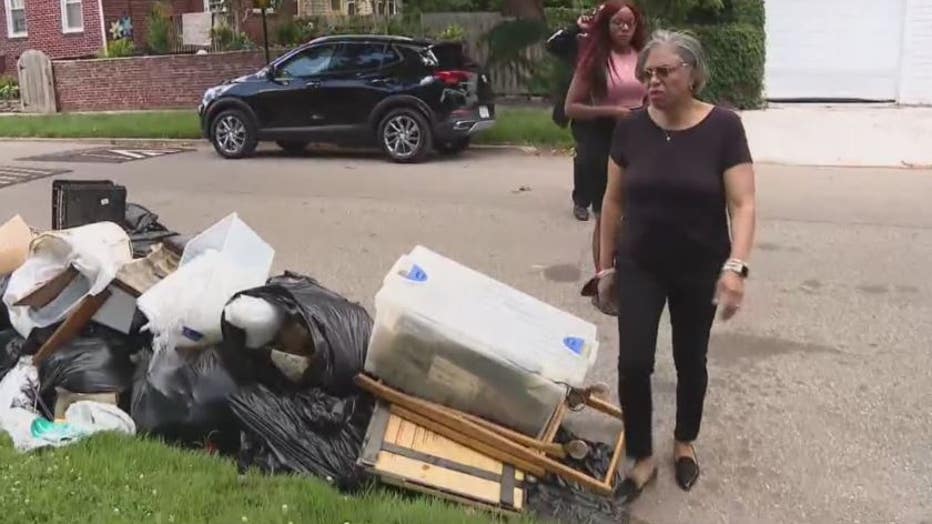 county, with the state, and no one had any help for us," said Mayor Sheila Tomkowiak.

Congresswoman Lawrence (D-Michigan) said she is going to fight to make sure those affected get the help they need.

"I was on a phone call before coming here, with FEMA, to find out what resources can come into our communities to aid the residents," Lawrence said.

The Congresswoman also toured the Jefferson Chalmers area of Detroit

"We allocate funds to our municipalities," she said. "We have an overall responsibility for infrastructure. Let's prioritize water and sewer infrastructure in America."