SOUTHFIELD, Mich. (FOX 2) - Police in Southfield said the victim of an apparent carjacking got in a shootout with the suspect over the weekend in the driveway of his home.

A 48-year-old man, who's been identified as Frederic Hudson, was shot dead. Police believe the other person involved in the shooting was also shot multiple times and is in the hospital in critical condition Tuesday.

He said the shooting happened Sunday, Dec. 27 just before 8 p.m. in the 26000 block of Primary Drive, which is near Franklin and Northwestern Highway. The shooting was captured on a neighbor's home security camera.

Barren said Hudson was coming home and pulled into the driveway, where he sat in the car for several seconds.

The surveillance video shows an unknown vehicle pull up. Barren said at least three people were inside that car and that at least one of them had a gun.

A man then walked up to Hudson's car on the driver's side. The other two suspects followed on the passenger side.

Barren said this is when an exchange of gunfire can be seen and heard on the surveillance video. It's not known right now who shot first. Barren said Hudson is a CPL holder.

Barren said it appears Hudson hit the suspect, as the man fell to the ground. It appears the suspect continued shooting at Hudson while he was on the ground.

Barren said the suspect is seen moving slowly at this point, and eventually pulled Hudson from the car and got in himself and drove off. The other suspects got back into the unknown car and also drove off.

Police are still looking for Hudson's car, a 2013 White Toyota Tundra with the license plate CPA 1749.

Meanwhile Barren said a 25-year-old man who had been shot in the neck and chest showed up at a nearby hospital 22 minutes after the shooting. The man is in the hospital still in critical condition.

Police said this man is a person of interest in the case but did not give any more details. 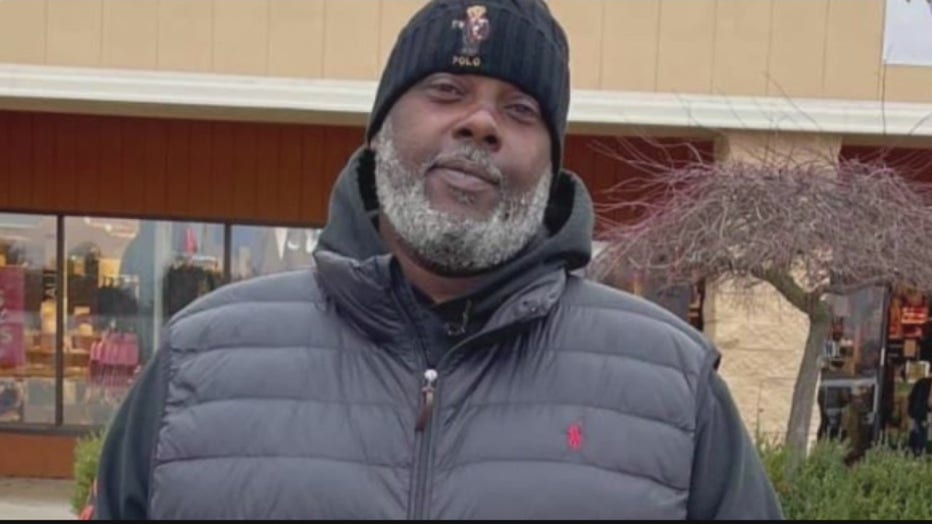 We're told Hudson had two children and had been married to his wife for more than 20 years.

A GoFundMe has identified the victim as Frederic Hudson. If you'd like to make a donation to his family, you can do so here.