Iris Liciaga was just trying to cross Livernois when a pickup truck went straight through the median and ran her over.

DETROIT (FOX 2) - The Detroit Police Department is still trying to find the driver of an F-150 who ran through a median, over a woman, and then continued driving Monday night.

Iris Liciaga was crossing Livernois from a neighborhood at McMillan Street in southwest Detroit. Video showed she waited on that median for traffic to clear - so she can finish crossing the street. But one driver wasn't going to clear - she drove right through that patch of grass and killed the mom of two.

"For whatever reason they left the road they knew that at that point they were involved in an accident and I'm sure they knew they hit this individual," Detroit Police Commander John Serda said. "Maybe you're in shock, maybe you don't know what to do."

Livernois splits with sharp turns leaving an island in the middle, which is the same place where the victim was standing when she was struck.

Serda said surveillance video from a nearby business caught the truck leaving the scene with front-end damage.

Serda is urging the driver to come forward. 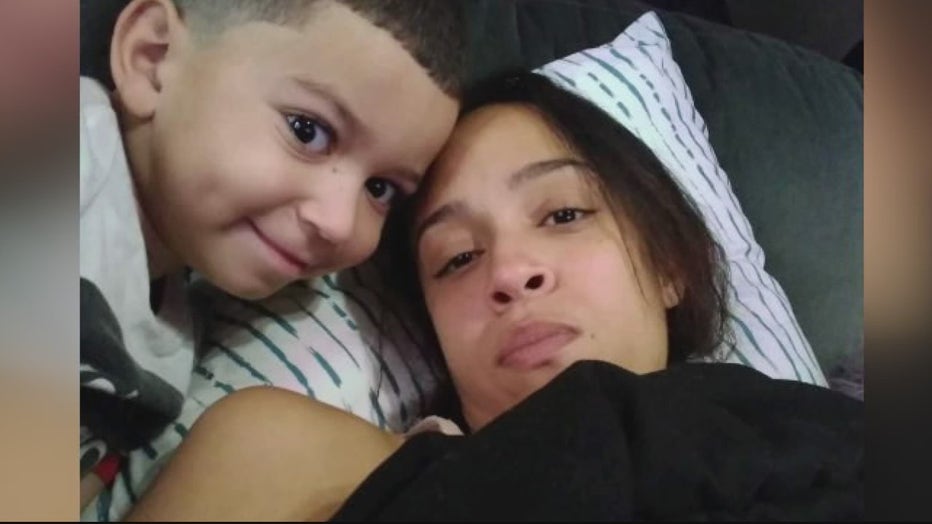 Iris Liciaga was killed as she waited to cross Livernois Monday night.

"If you turn yourself in you can tell your side of the story. Maybe it was an accident. Maybe it couldn't be avoided. We are not making judgments right now," he said.

We talked to Iris' family who said they're heartbroken and that her two children, 13 and 8, are now without their mother.

"She's somebody, somebody's wife, mother...she is a loved one to some family. Very sad," Serda said.

Looking at the surveillance video, the driver clearly swerves off the road. Serda says they're not ruling out that it was done on purpose.

"It's way too early to make that conclusion. That's always a possibility but either way its tragic," he said.

Derda said DPD is still working get a plate for the truck and is using videos from the area to nail that down.