FOX 2 - Who knew what and when are the questions everyone in Ann Arbor is asking. But after allegations that legendary coach Bo Schembechler knew about sexual abuse, people are starting to come to his defense which includes members of the Schembechler family, and a well-known voice of Michigan football.

Jim Brandstatter’s voice can be heard every fall. The former Wolverines player calls the play-by-play for the football team. Now he's lending his voice in support of his former coach the late Bo Schembechler.

Jim Brandstatter’s voice can be heard every fall. The former Wolverines player calls the play-by-play for the football team. Now he's lending his voice in support of his former coach the late Bo Schembechler.

"Charges are being made against him and his character and integrity - and he has no way to answer back," Brandstatter said.

Charges that Schembechler knew about sexual abuse allegations against  Dr. Robert Anderson decades ago. Bo’s own stepson, Matthew Schembechler, said he was one of the doctor’s many victims and claims Bo refused to act on that information.

After hearing those statements, Brandstatter says he could not stay silent about Bo’s alleged knowledge.

"He would not have allowed that, he would have stopped that and he would have gotten rid of that person if he knew that was going on," Brandstatter said. "I’m not the only one, Shemy, Bo’s son, and Cathy his wife, have also come out and they are defending Bo."

As for the hundreds who have claimed abuse at the hands of Dr. Anderson, Brandstatter says he was not one of them.

"I never felt at any time during those examinations, abused in any way," he said.

And now he says he is making it his mission to fight for the reputation and legacy of Bo.

"I will continue to fight in any way possible," he said. "Because I believe in the guy. And I don’t think it’s fair to crucify and to bury the guy on just a charge of, 'Oh he said.'" 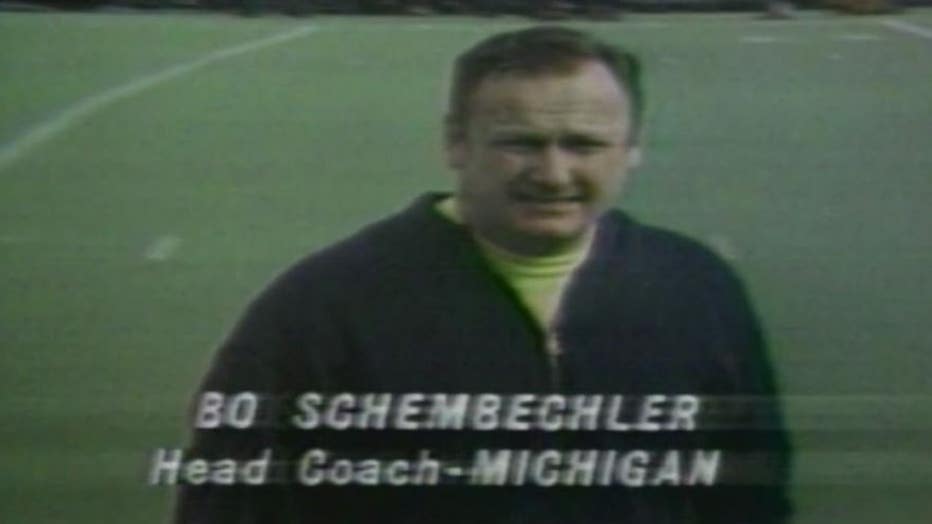 On the other side of all this are those who are calling on the university to take a strong stance on this issue. Wednesday morning alleged survivors of abuse and former football players are holding a news conference of their own demanding justice.