WEDNESDAY NEWS HIT - Detroit police have released two images connected to a triple shooting investigation that happened in late November and resulted in the death of one man.

Detroit police are asking for help from the public in the investigation of a triple shooting that happened on Nov. 28. One person died as a result of the shooting.

A preliminary investigation found three male suspects who were passengers in the vehicle got out of the Durango and entered the residence, firing multiple shots on the way inside.

During the gunfire, the suspects fired multiple shots that struck three people. The suspects then fled the scene.

Detroit police say the victims were all men in their early 20s. Two males age 23 were taken local hospitals and were listed in critical or temporary serious condition. A third man, 22, was pronounced dead at the scene.

Police released two images to the media hoping either might help the public identify who one of the suspects is. If identified, it could lead to more arrests. 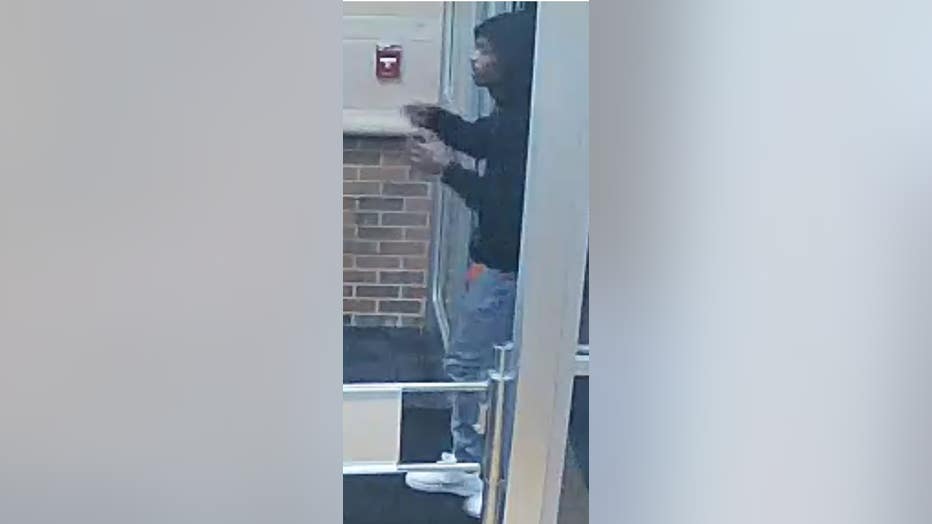 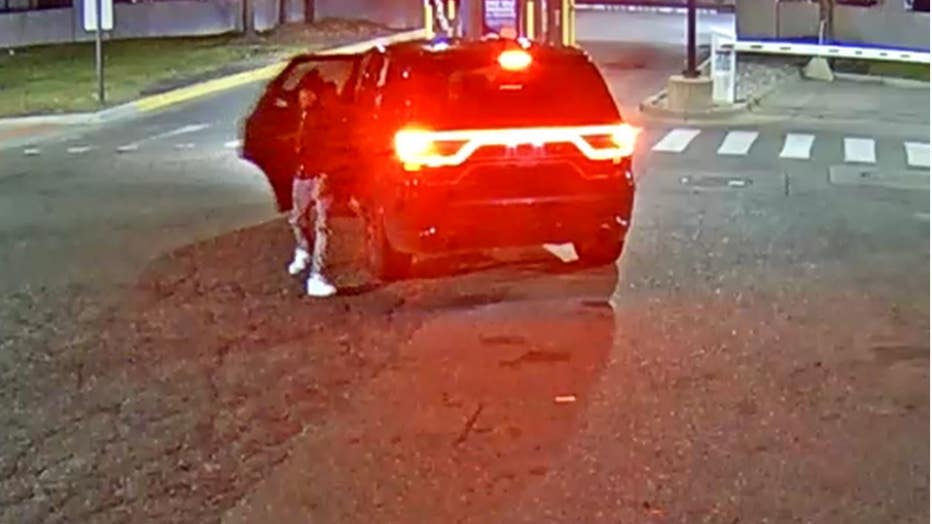 Nine months after her Covid diagnosis, a Warren mom still has symptoms

In some ways, the symptoms that Gloria Vettese is displaying feel almost normal, all things considering. She has severe fatigue and headaches, as well as hair loss.

Except for most people, those symptoms disappear in the weeks following a COVID-19 diagnosis. But not for Vettese, who still hasn't shed the side effects of the coronavirus nine months later. In fact, she's even adding more symptoms as recently as this week.

"Every time I've taken my blood pressure it's dangerously high," she said. "I feel like a ticking time bomb in that aspect right now."

Symptoms linger for some postive with COVID-19

For COVID long-haulers, symptoms of the virus can last for months and can change from the original symptoms.

Health was never an issue for Vettese, who received a clean bill of health during a physical at the beginning of the year.

But like most things that started off in 2020, that's not how it's going to end.

Vettese now sees doctors for her ears, nose, throat, as well as appointments with a neurologist and a cardiologist.

The state considers people recovered from COVID-19 if they survive the virus 30 days after the first symptoms appear. But in the case of Vettese, it's a different story.

"The reason I’m talking to you right now because I want people to know there really is no aftercare right now. Not everyone with COVID wakes up the next day and is okay," Gloria said.

The city of Detroit has put a moratorium on water shutoffs until 2022 and has plans to permanently end the practice once it secures additional funding.

After water service restoration efforts were announced in March as the pandemic closed in on Michigan, the city began to prioritize those that lack access by marshaling funds from federal, state, and philanthropic sources.

So far, the city has spent $22 million in major plumbing repairs and payment assistance to help thousands of residents.

"You not only support the delivering of clean water, safely collecting untreated sewage, and enabling the modernization of the 100-year-old system, you are also allowing those residents facing income insecurity during these tough times to have access to funding through DWSD and its community partners," the city said in a news release.

About 92% of households regularly pay their water bills. The city wants them to continue paying.

For those that can't, the program could be a godsend. Detroit Mayor Mike Duggan hopes it becomes a model for other cities.

“The federal government currently actively prevents gas and electric shutoffs of low-income Americans through the Low Income Heating Assistance Program (LIHEAP),” Duggan said.  “But there is no comparable program for water bills. We’re going to be part of a national coalition to support the efforts of Senator Gary Peters to extend utility shutoff support for water.”

School board members in the Plymouth Canton district approved a new policy Tuesday that will allow students to use bathrooms and locker rooms depending on their gender identity.

For parents of transgender students, it's a meaningful shift in policy.

"So I have a transgender son who is at the high school,  just having that support from the school, and the school board, is so meaningful to them, that they can have a safe space to be their true selves," said a parent who will remain anonymous.

Plymouth Canton school board members approved a new policy Tuesday that will allow students to use bathrooms and locker rooms that correspond to their gender identity. It means those born males could use female facilities and vice-versa.

The policy change would also allow students to compete on district-sponsored boys and girls athletic teams, depending on the gender with which they most identify.

However, it wasn't a decision without disagreement from the community, which remained divided on the issue.

"'You are enforcing deception and confusion on young, impressionable minds," one of the board members said, reading a parent's comments. "'This policy is evil. God loves all children beyond measure, he made them perfectly in His image and does not make mistakes.' End of comment."

"I think just a lot of these fears, if there was better education and people would listen, I think they would understand these kids aren’t going to hurt anyone," said one parent. "And they’re far more likely to get hurt themselves and they just want to live their true lives."

Detroit police are investigating the death of a woman who was found shot in the head, her house set on fire, and her young son was badly burned on Tuesday.

The gruesome scene was discovered around noon at a neighborhood on Detroit's west side when an officer driving on the Southfield freeway. When she arrived at the house fire, there were already neighbors trying to get inside the home.

“I saw the flames coming out the back window and I mean not just a little fire, it was running right out," said neighbor Mike St. Peter.

A Detroit mom was shot in the head and then her home was set on fire on Tuesday. Her and her young son were both pulled from the burning home, both with severe burns, she died at a Detroit hospital and the little boy is fighting to live.

"I kept hearing this hollering and screaming. The little boy's like 'mama, mama' and I said 'where are you at'? She said 'right here'. Where. 'On the side by the driveway',"  said neighbor Tony Moore.

A 36-year-old woman was screaming who lived with her son, about 4 or 5 years old. Both were inside the home. Fire crews eventually pulled both from the burning house.

"They was burnt bad. They was burnt bad, both. Her clothes were burnt to her skin. And a little boy. His whole side of his face was messed up. He had long pretty hair and I’m like oh my God," Moore said.

The mom would eventually die at the hospital. Neighbors said she had been shot before the fire had started.

It's been 40 years since Beatle's frontman John Lennon was shot dead, but in the eyes of some people, his legacy lives on in some unique ways.

Take John Sinclair, a Detroit man who was sentenced to prison for 10 years after he was caught in possession of two joints in the 1960s.

Two-and-a-half years into his sentence, a 1971 concert to "free John Sinclair" was getting international attention, including that of John Lennon.

On the 40th anniversary of John Lennon's death, a Detroit man recalls how one of the Beatle's songs helped him get out of prison.

"[I thought] they were just giving me a hard time. I told him to leave. Then they sent him back with the tape from Lennon with a message singing the song so he played it for me and then I believed him," Sinclair said.

Two days later, he was out of prison.

Sinclair later thanked Lennon at his New York City home - where they preceded to smoke marijuana together.

"Of course," Sinclair said. "We were potheads."

An F-16 Fighting Falcon jet that was flying out of Madison, Wisconsin crashed in Michigan's upper peninsula late Tuesday night.

Part of the Wisconsin Air National Guard's 115th Fighter Wing, it crashed in the state's Garden Peninsula, which points south into Lake Michigan from the U.P.

The crash happened around 8 p.m.

The cause of a crash that downed an F-16 in Michigan's upper peninsula is still unknown as emergency crews work to find the pilot. The jet crashed on the state's Garden Peninsula.

Emergency responders are still looking for the pilot and the incident is under investigation.

1. As the country prepares to roll out COVID-19 vaccines, who and how they will receive their doses has risen to the top questions that need answering. Rochester Hills Mayor Brian Barnett is making sure southeast Michigan has a seat at the table.
2.  A new public service campaign for masking up featuring Lions great Lomas Brown has hit the airwaves. He has personal experience with the virus after his daughter almost succumbed to the illness.
3. There are few things that bring as much joy as delivering letters to Santa. Just ask John Dick, a Royal Oak postal carrier.
4. Restaurants are staring down a bleak future without financial aid. Many are pleading for a lifeline as restrictions get extended.

We're back in the 40s for Wednesday all the way through Saturday before temperatures drop off again. Expect some clouds to stick around through the afternoon.

A bit warmer Wednesday! Rain returns for the weekend.

We make it back into the 40's this afternoon.

The Trump administration dove back into Capitol Hill’s COVID-19 negotiations on Tuesday, offering a $916 billion package to House Speaker Nancy Pelosi that would send a $600 direct payment to most Americans — but eliminate a $300 per week employment benefit favored by a bipartisan group of Senate negotiators.

Treasury Secretary Steven Mnuchin made the offer to Pelosi late Tuesday afternoon, he said in a statement. He offered few details, though House GOP Leader Kevin McCarthy said it proposes the $600 direct payment for individuals and $1,200 for couples, which is half the payment delivered by the March pandemic relief bill.

Mnuchin reached out to Pelosi after a call with top congressional GOP leaders, including Senate Majority Leader Mitch McConnell, who remains at odds with Democratic leaders over COVID-19 relief. Pelosi and Senate Minority Leader Chuck Schumer, D-N.Y., responded to Mnuchin’s entreaty with a statement that said they would prefer to let a bipartisan group take the lead.

The bipartisan group, led by Democratic Sen. Joe Manchin of West Virginia and GOP Sens. Susan Collins of Maine and Lisa Murkowski of Alaska, among others, is seeking to rally lawmakers in both parties behind a $908 billion framework that includes a $300-per-week pandemic jobless benefit and $160 billion for states and local governments. It is more generous than a GOP plan that’s been filibustered twice already but far smaller than a wish list assembled by House Democrats.