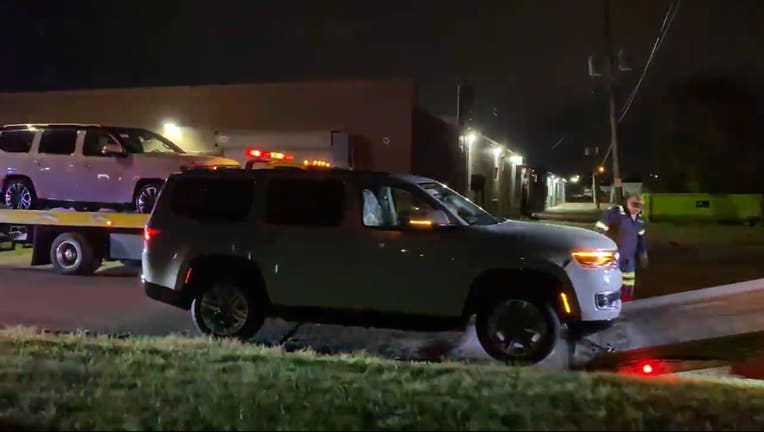 Thieves managed to make off with at least two vehicles before authorities got ahold of them.

It's unclear what unfolded after the factory was breached, which happened around 5:30 a.m.

Police could be spotted at both an entrance to the plant, which is located on Mound and Eight Mile, as well as ata parking lot across the street where they were towing two stolen Wagoneers.

The gate could be seen with heavy damage Tuesday morning.

The break-in wasn't the only robbery attempt at a car plant Tuesday morning. Police are also investigating the thefts of at least a dozen Ford Mustangs from the assembly plant in Flat Rock. At least two of them were recovered.

No details on suspects have been released.