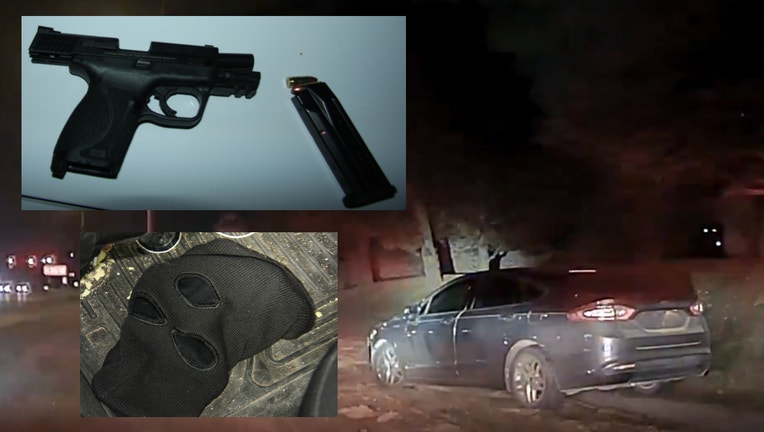 STERLING HEIGHTS, Mich (FOX 2) - An attempted traffic stop in Sterling Heights on Monday morning ended with a crash after a driver tried to flee police.

Watch the full chase video below.

According to police, officers attempted to stop a black Ford Fusion with no license plate on Schoenherr Road near 15 Mile Road at 6 a.m.

Police said the driver fled police, leading them in a chase. The driver attempted to quickly turn into Sterling Lake Apartments, just north of 14 Mile Road, but he crashed. The driver tried to escape through the passenger door, but he was arrested.

A 9 mm handgun was found in the car’s glove box, police said. Officers also located a black ski mask behind the driver’s seat, as well as numerous credit cards that did not belong to the man.

A driver without a license plate gave chase for a short period Monday morning after Sterling Heights police attempted a traffic stop.