Police showed several angles, including the body cam footage from both responding officers that were present when a man wielding a knife was shot and killed by Roseville police Tuesday morning. The Macomb County Sheriff's Office is investigating the incident and both officers were placed on paid administrative leave.

ROSEVILLE, Mich. (FOX 2) - WARNING: The video above is graphic.

Video of the police shooting was shown during a press conference. Wickersham said authorities wanted to release video to be transparent, but could not share many details due to the ongoing investigation.

The Macomb County Sheriff is still investigating what led to the shooting of a 57-year-old man by Roseville Police but released bodycam on Wednesday that showed the man with a fishing knife at the time he was shot.

READ: Officer shoots and kills man after crash on Groesbeck

Authorities said 57-year-old Frank Robles was driving a pickup truck on Groesbeck Highway when he hit a semi-truck nearly head-on after crossing into another lane. Witnesses reported his wrists were cut, and he had a knife. They immediately contacted police. 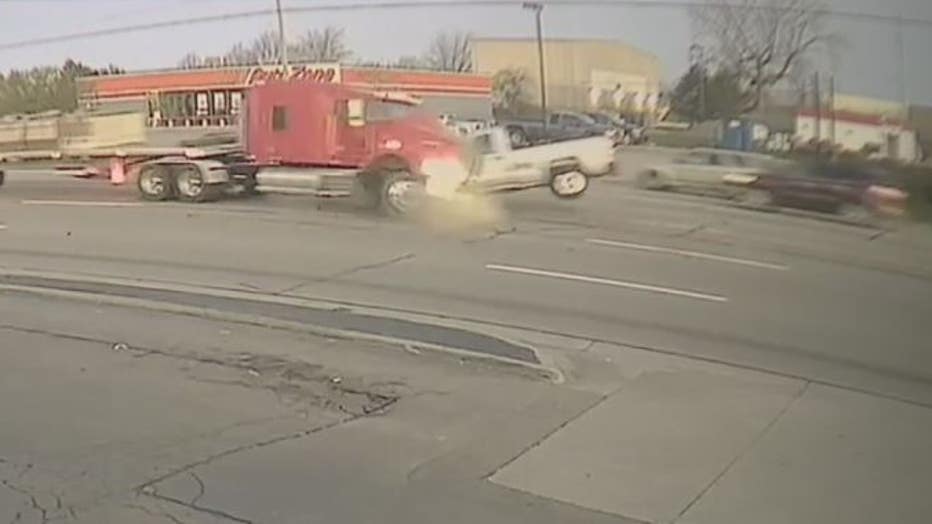 When police arrived, they found Robles in the road with the knife and asked if he was OK. He said no and the officers told him drop the knife as he started walking toward the officers. 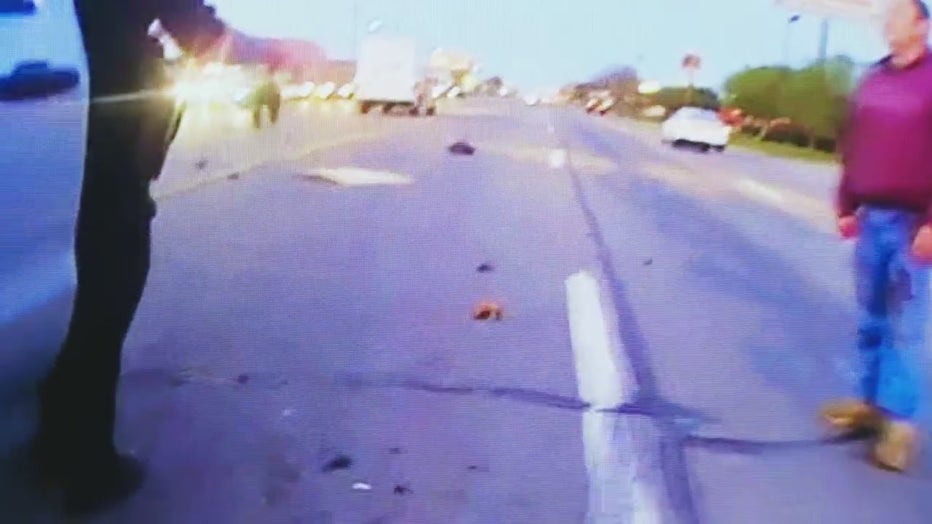 They continued to tell him to drop the knife and when he failed to do so, an officer shot at him and knocked him to the ground. Robles tried to get up with the knife in his hand and an officer fired several more shots.

In total, nine shots were fired by one officer, who is a five-year veteran of the force, and Robles was hit multiple times. 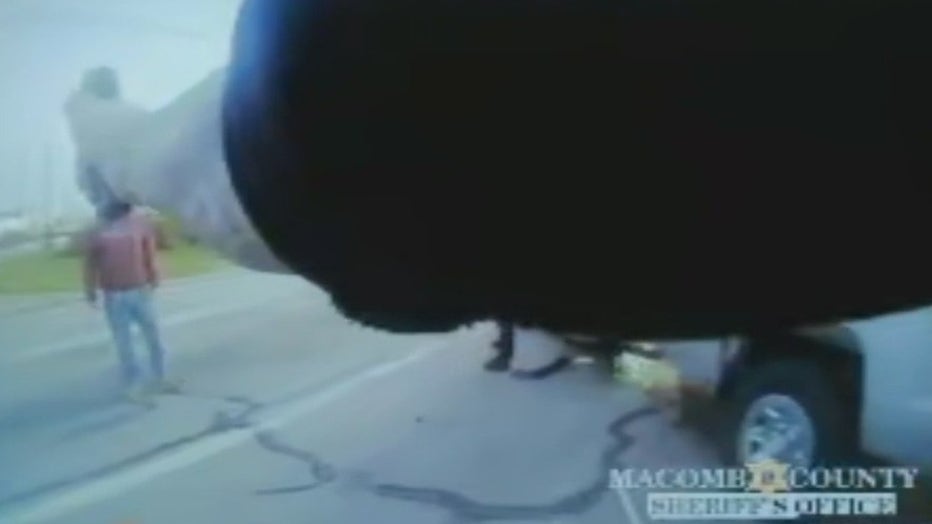 A 4-inch-long knife that looked like a fish fillet knife was found, authorities said.

Authorities said two officers were at the scene when Robles was shot. The other officer is a woman who has been with the department for about 2 ½ weeks. Their names are not being released.

Alcohol is not believed to be a factor in the crash or police encounter.

The Macomb County Sheriff's Office is now overseeing the investigation.

A 53-year-old man refused to drop his knife and came at officers before being fatally shot Tuesday morning.