WATERFORD TWP., Mich. - Waterford Township police say they have identified one of the suspects who shot a homeowner after they burglarized his house earlier this month.

Two suspects who broke into a home in Waterford Township were walked in on by the owner. One of the men shot at the owner, striking him three times. He's in stable condition.

Law enforcement is asking the public for help identifying Alwyn Mouzon, who goes by "AJ."

A surveillance video of the burglary was released by police last week. In it, two men wearing ski masks are rummaging through an individual's possessions. While in the act, the homeowner came home and walked in on the men.

When the man saw the suspects, he turned around and ran outside. The two men chased him with one shooting six rounds at the man, hitting him three times.

The homeowner ran to a neighbor's home as the suspects got into a Chrysler 300 and sped away. Medics treated the victim at the home before he was taken to a local hospital.

RELATED: VIDEO: Waterford man walks in on burglary of home, gets shot at 6 times

He was last reported to be in stable condition.

One of the suspects, later identified as Mouzon, is said to be armed and dangerous. Police say if anyone sees him, they're asked not approach him and instead contact law enforcement at 911. 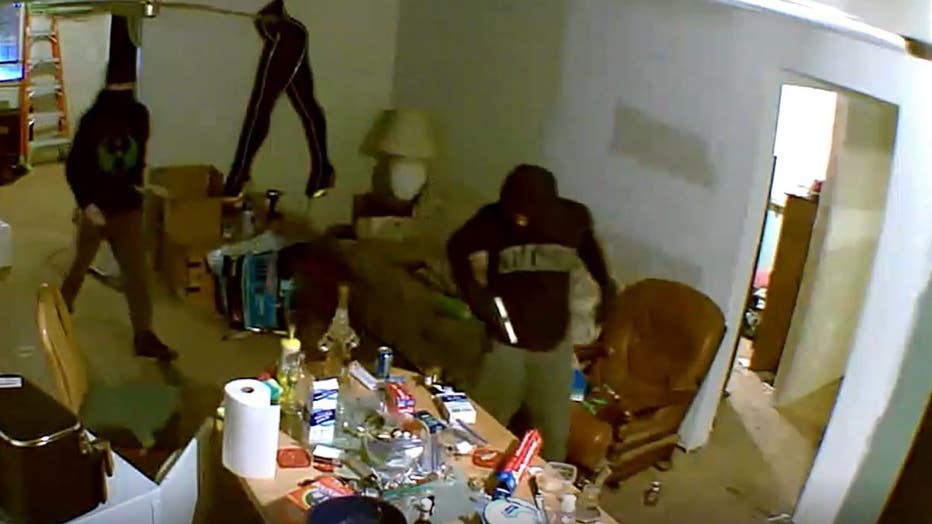 Law enforcement is asking the public for help identifying Alwyn Mouzon, who goes by "AJ."