DETROIT - It appears Amazon will have to wait a little longer before breaking ground on their new distribution center planned in Detroit.

On Thursday, a Wayne County Circuit Court put a temporary restraining order on the city's sale of the old Michigan state fairgrounds, where the e-commerce giant had planned on building a $400 million center.

In a suit filed by the State Fairgrounds Development Coalition, stakeholders Frank and Karen Hammer allege the city and property developers aren't complying with the community benefits ordinance that companies must oblige by when building in Detroit.

"The stakes are too high, especially with environmental and health impacts, for Plaintiffs to be deprived of their opportunity to receive benefits and a means to hold the developer, Amazon, and other corporations that stand to profit accountable under the Community Benefits Ordinance (CBO)," said Tonya Myers Phillips, Director of Partnerships and Development at the Sugar Law Center. 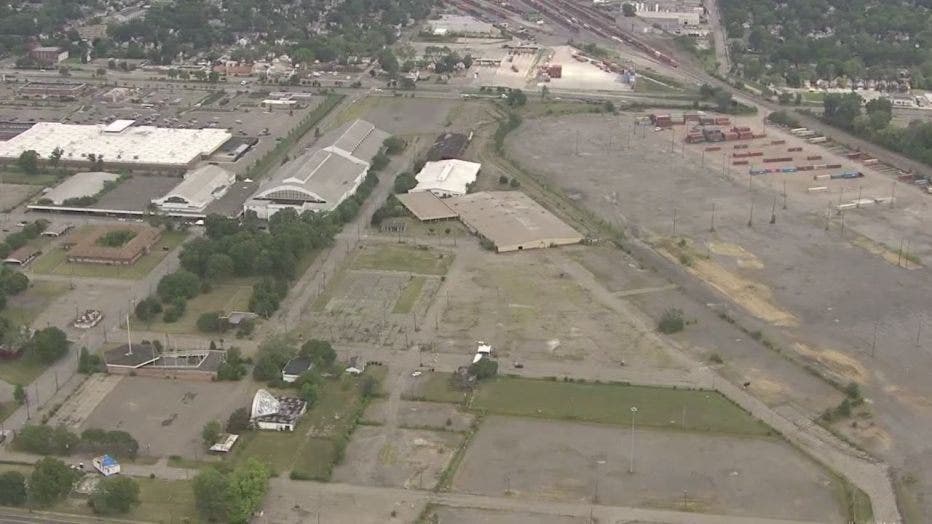 The old Michigan State Fairgrounds located near Woodward and 8 Mile

The Detroit City Council approved the sale of the 142-acre state fairgrounds to two development groups on Oct. 20. The plans were initially introduced by Mayor Mike Duggan over the summer and included $9 million in land sales, promises of constructing a new indoor transit center along with no tax breaks for the company moving in.

However, the Hammers and the SFDC believe the city undervalued the land when it proposed the sale.

In the complaint filed by the plaintiffs, a city appraisal of the land valued it at $11.1 million, $2.1 million less than what the proposed sale was approved for. The allegations mean the city failed to comply with Detroit's Community Engagement Ordinance. The complaint also alleges the city failed to provide notice of when it would be voting on the land sale.

Under the community engagement ordinance, large land sales between the city and developers must meet several expectations regarding engaging neighborhood groups.

Often corporations that develop in Detroit that involve a project worth $75 million or more must offer jobs to residents or extend some kind of compensation back into the community.