His message comes one day after a gunman shot and killed Detroit Police Officer Loren Courts on the job.

"We are husbands, wives, children," he said. "We have children of our own. I can tell you it’s very upsetting when people feel free to attack our police officers."

His message comes one day after a gunman shot and killed Detroit Police Officer Loren Courts on the job.

"I’m certain last night‘s incident in Detroit with the loss of the police officer is going to weigh heavily," said Hart. "We are drawn from the community, we make mistakes. I can tell you we will own every one of them - but what we cannot tolerate, is a society that feels it’s ok to disobey and assault our police officers."

Hart says people now disrespect or assault his officers every day. One of the latest examples happened on the Fourth of July. Hart says officers responded to Sky Lounge west on Telegraph and Ford Road after getting a 911 call.

The caller said four men were threatening employees while the men claimed to have a gun. Hart says when police arrived, the group refused to cooperate and one man eventually headbutted an officer.

"He has a concussion, he has several stitches above his left eye, and as a police department that has a profound effect on our police officers here and their safety, and their family safety," Hart said.

Hart says assaults are the number one crime in Dearborn Heights-- which have turned into domestic violence. Hart says that violence is now carrying over into attacks on police-- but exactly why, remains unclear.

"If anyone does have the answer to that question, we are certainly open to hearing that perspective and trying to find a way to work with our communities to change this behavior, we have to have some accountability, we have to," he said.

Now as the law enforcement community mourns a tragic loss - Hart wonders what the escalating violence means for the future of police.

"If we can’t get a hold of this, our young women in men who are in elementary school, in junior high, high school, who want to be police officers for the right reasons - not to harm someone - but because they care about their communities, to protect communities, they’re not going to want to do it anymore." 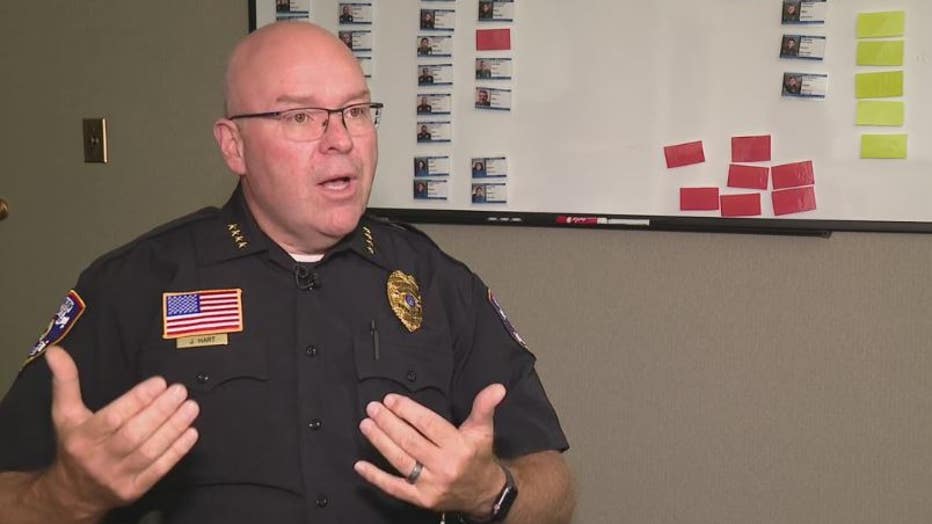