Gov. Whitmer explains how to register for the COVID-19 vaccine lottery

The official Michigan COVID-19 vaccine lottery is up and running. There are two ways to register for the lottery, online at MiShotToWin.com or by phone at 888-535-6136

LANSING, Mich. (FOX 2) - Michigan Governor Gretchen Whitmer announced the first four winners of the state's COVID-19 vaccine sweepstakes during a Zoom stream on Wednesday and three of the four winners are from the Detroit area.

The first winner was Amber Berger of New Baltimore. She said she didn't even know about the sweepstakes when she went to get the vaccine on July 1 but was grateful she got it.

The next winner announced was Adrienne Peterson of Southfield. She said she plans to use the winnings to help buy a house.

Christopher Ackerman from Detroit was next. He said he got his vaccine at the CVS in Detroit because he "was tired of wearing a mask".

The fourth winner, selected on July 4, was Larita Lee, a retired GM auto-worker who said the sweepstakes was the final motivation she needed to get the vaccine. She also said she regretted waiting and is glad she has it now due to her concerns about the Delta variant.

GET REGISTERED: Everything you need to know about the Michigan COVID-19 vaccine sweepstakes

So far, more than 1.7 million have registered for the state's drawing, which includes daily winners of $50,000 for the month of July, a $1 million prize for people vaccinated before July 10, and a $2 million prize for all people who have received at least one vaccine by the end of July.

The state conducted the first drawing for those vaccinated on July 6 and had planned to announce the first winner on Monday. However, that was delayed to Wednesday to give the winners a chance to sign the necessary documents to claim the prize.

The state said it will announce the daily winners on Wednesday but did not specify when the million prize winner will be announced.

The sweepstakes, which includes scholarship drawing for teenagers under 18, was created as way to help Michigan reach 70% herd immunity against COVID-19. When it was announced on July 1, 61% of all eligible Michigan residents had received at least one dose. According to the state's vaccine dashboard, the state is now at 62.4%.

What are the odds of winning any of the prizes? They're actually better than you may think.

The announcement was a bit of an about-face from the governor's office after she said a few weeks ago that the state couldn't replicate the lottery giveaway that was done in Ohio, citing the state's gaming laws. However, she said they pursued other avenues through a partnership with Meijer to make this possible.

"If there’s one thing every Michigander can agree on, it’s that whatever Ohio can do, Michigan can do it better and bigger," said Governor Whitmer. 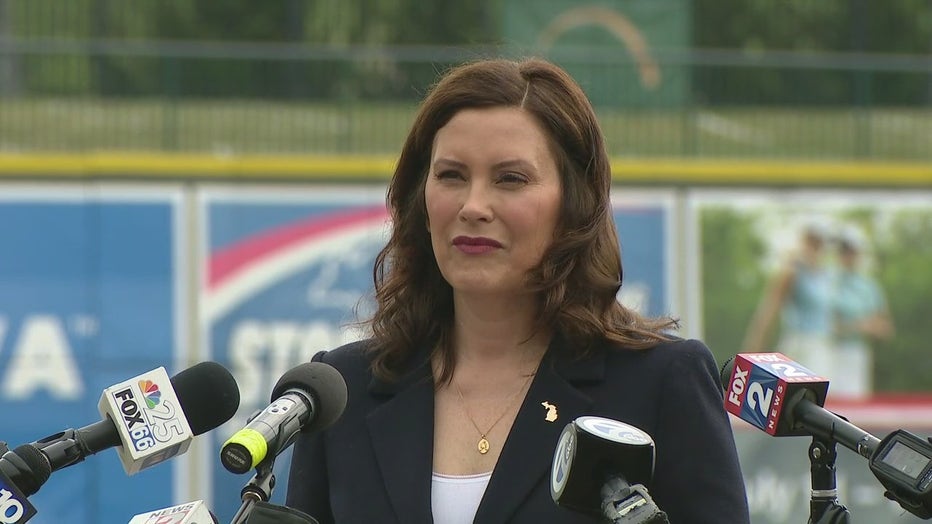