LANSING, Mich. - With Whitmer's veto, $347 million in federal funding for testing, contact tracing, and other containment expenses is in limbo.Gov. Gretchen Whitmer on Wednesday again vetoed a Republican-backed bill that would have required legislative approval to extend Michigan's COVID-19 restrictions, as cases and hospitalizations continued to rise amid increasing vaccinations. 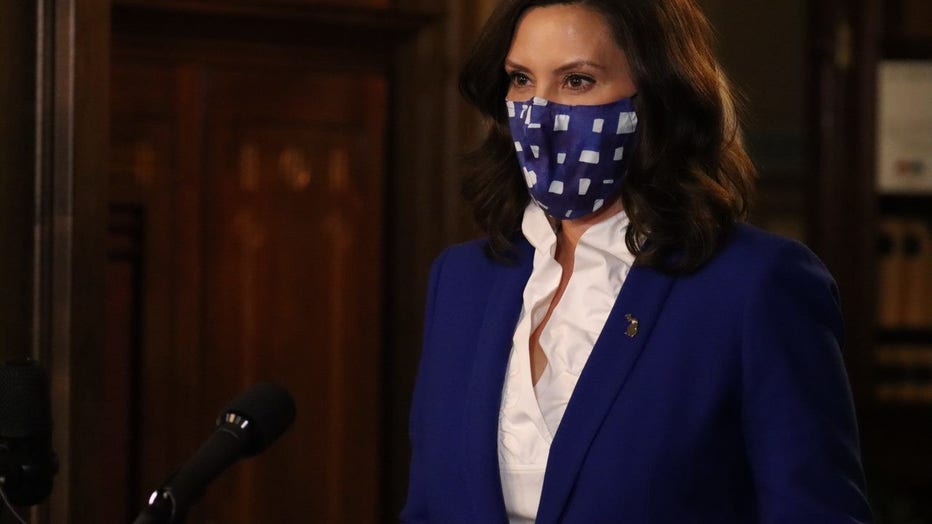 With Whitmer's veto, $347 million in federal funding for testing, contact tracing, and other containment expenses is in limbo.

The state reported more than 4,400 new infections, the most in a 24-hour period since December.

The legislation, which was tied to $347 million in federal relief funds, would have ended state health department orders after 28 days unless they were lengthened by the GOP-led Legislature. The Democratic governor vetoed a nearly identical measure in December.

"Unfortunately, epidemics are not limited to 28 days," she wrote legislators. "We should not so limit our ability to respond to them."

Michigan, which has gradually loosened restrictions since COVID-19 hospitalizations spiked late last fall, has seen a recent surge in cases. It had the country's fourth-highest per-capita rate over the past two weeks when infections doubled. It has the second-most confirmed cases of a more infectious variant that was first identified in Britain.

With Whitmer's veto, $347 million in federal funding for testing, contact tracing, and other containment expenses is in limbo. Republican lawmakers had said the money could not be spent if she vetoed the policy bill.

About $840 million in K-12 funding also is on hold because GOP legislators linked it to a bill — previously vetoed by the governor — that would have ceded the state's authority to close schools and prohibit sports solely to local health departments.

Also Wednesday, hospitals reported large increases in virus-related hospitalizations on a percentage basis among younger age groups, which are less likely to have been vaccinated. Michigan Health & Hospital Association Chief Medical Officer Gary Roth said while vaccination rates are rising, "the war is not yet over."

The percentage of patients under 40 has doubled in March, the group said. Overall, nearly 1,600 adults with confirmed cases were hospitalized, 41% of the peak from early December but a number that had doubled in three weeks, according to state data.

About 30% of Michigan's population ages 16 and up had gotten at least one dose as of Tuesday. A federal mass vaccination site opened Wednesday in Detroit and is expected to administer an additional 6,000 does per day for two months.