SOUTHFIELD, Mich. (FOX 2) - A 68-year-old woman has been charged with driving into a crowd during a Black Lives Matter protest in Taylor in mid-June.

Orlene Alberta Jones, 68, was charged with the hit-and-run that happened during a downriver protest on June 16th.

According to the Wayne County Prosecutor's Office, Jones, of Wyandotte, Taylor police were called by protesters near Goddard Road and Telegraph to the crash.

The woman was not seriously hurt and was treated at the scene.

Police said in June that they made contact with the woman and she was cooperating.

The bike rider, Peter Potoski, said he had a small scratch on his leg but was not seriously hurt.

"I tried my best to get out of the way but it didn't work," he said. "This is not my first (BLM rally). I've gone to Riverview, Wyandotte, Southgate." 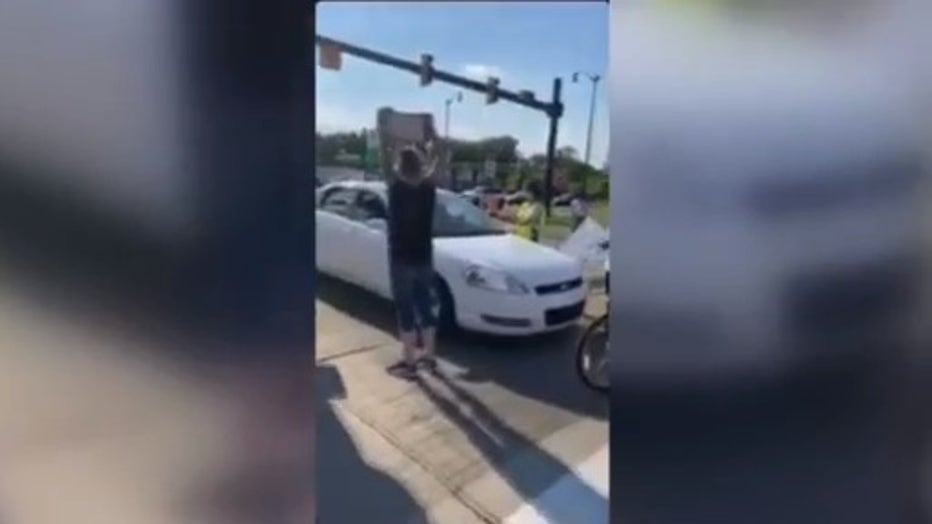