DETROIT (FOX 2) - A woman lost control while driving Wednesday afternoon and crashed through the fence of a Detroit daycare.

No one inside the building was hurt when the driver who was traveling west on E. State Fair crashed outside the All About Kidz daycare. The woman also struck two parked cars. 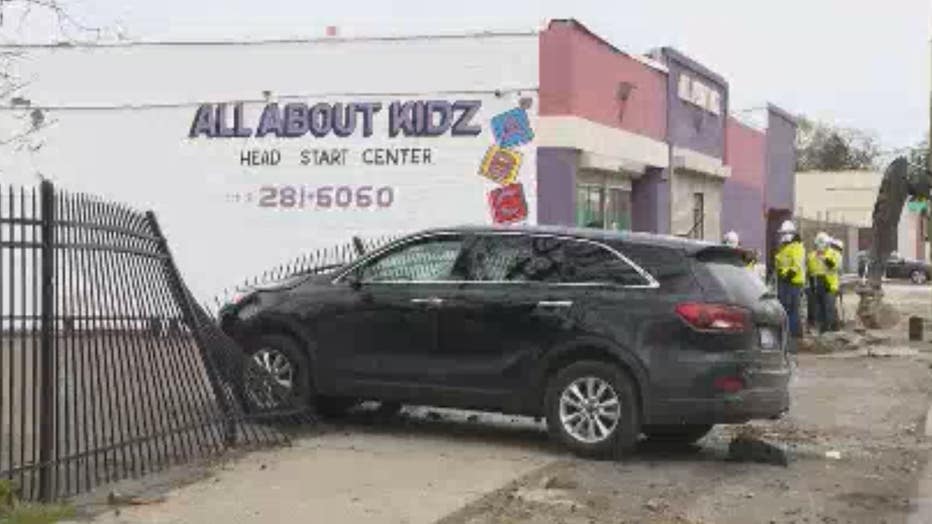 A woman drove through the fence of a Detroit daycare on April 21, 2021.

Police said the woman suffered minor injuries and was taken to a hospital.

A gas line was also struck during the crash, so a utility company responded to the scene.