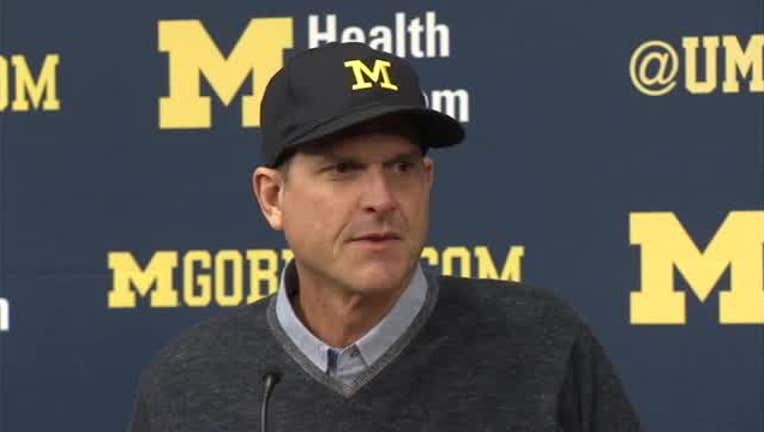 ANN ARBOR, Mich. (FOX 2) - Jim Harbaugh will be at Michigan next football season, according to ESPN.

Harbaugh interviewed with the Minnesota Vikings on Wednesday, but later called the University of Michigan to say he will be staying in Ann Arbor.

Rumors also arose a year ago that Harbaugh would be returning to the NFL.

He's been Michigan Football's head coach since 2015, a role he took over after coaching the San Francisco 49ers.