1 dead, 1 in custody after barricaded gunman scene ends in Detroit

Detroit police helped bring an end to a barricaded gunman situation at the Shirley Manor apartment complex on the city's south side. A greenlight camera reportedly caught the moment a shooting that sparked the situation left one victim dead.

DETROIT (FOX 2) - One person is dead and another is in custody after a neighborly dispute turned deadly at a Detroit apartment Tuesday morning.

The shooting escalated into a barricaded gunman situation that Detroit police resolved peacefully hours after it started.

According to police, a green light camera near the Shirley Manor Apartment complex on Detroit's southwest side caught the moment when one neighbor fatally shot another after the two got into some kind of argument.

The scene unfolded around 1 a.m. on Sharon Street near Woodmere Tuesday.

According to police, no shots were fired while officers were at the barricade. They took the suspect into custody hours later. 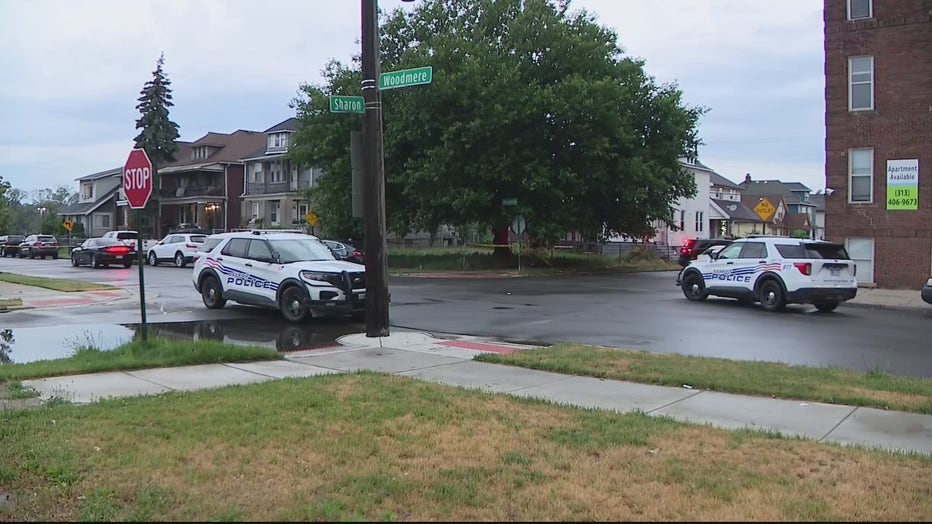 It's unclear what started the argument, but Detroit police acquired a search warrant for the apartment to look for evidence that could give them some kind of idea about what happened.

No further details were provided to FOX 2.