DETROIT, Mich. - An update in the tragic death of a mother shot and killed - visiting southwest Detroit for her mother’s birthday.

According to the family, her son, Malik, who was also shot in both legs, is now out of Children's hospital, where he had been receiving treatment over the past few days. 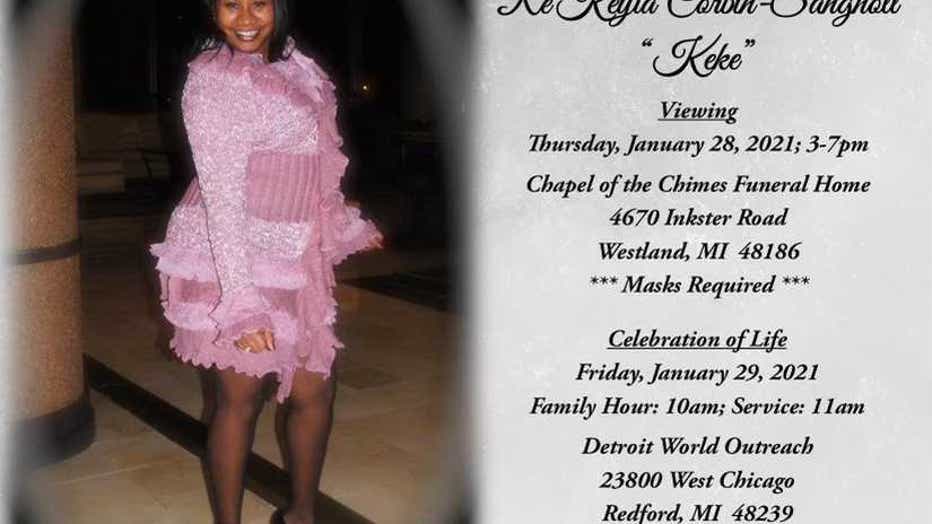 Re’Keyia Corbin was shot while driving on Downing Street near Basset Tuesday afternoon.

When she stopped at the intersection, investigators say, a black Chrysler 300 with tinted windows pulled up behind them.

All four suspects got back in their car and took off.

The family has made funeral arrangements for Re'Keyia.

The viewing will take place on Thursday, January 28, 2021, from 3-7 pm at Chapel of the Chimes Funeral Home on 4670 Imskter Road in Westland, Michigan.

If you know any information about this crime, please reach out to Detroit police or call Crimestoppers at 1800-SPEAK-UP. Remember, you will always remain anonymous.