WARREN, Mich. - A Michigan State Police chase that started with a vehicle connected to a shooting in Sterling Heights ended in Redford on 6 Mile.

After Warren police began tailing a Lincoln MKX in Macomb County that was wanted in connection to a shooting, the vehicle gave chase reaching speeds of more than 120 mph. 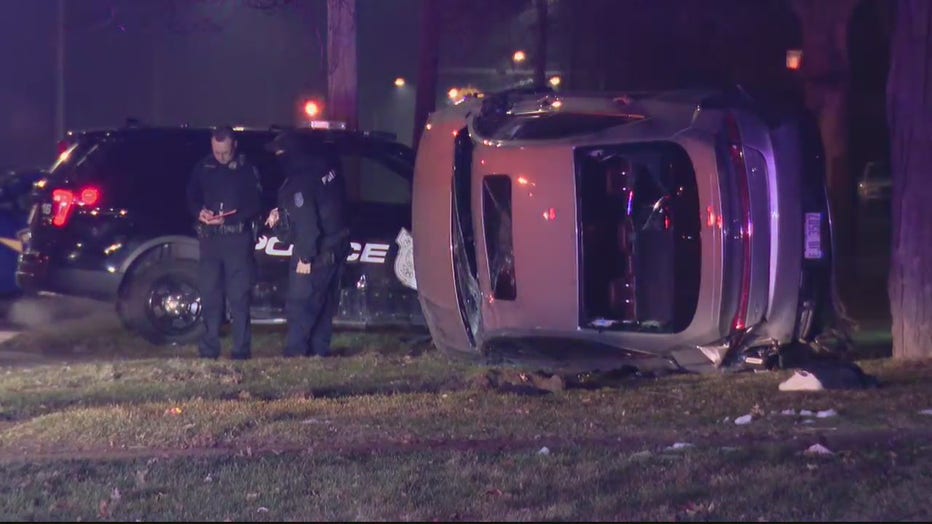 Then, around 8:50 p.m. Sunday night, Michigan State Police at the north post in Metro Detroit were contacted and asked to assist.

The chase, which was moving through Oakland County eventually crossed into Detroit before state troopers from the south post attempted to stop the fleeing vehicle by using a PIT maneuver.

However, the driver of the suspect vehicle made a U-turn and continued fleeing.

At that point, a Warren patrol unit also initiated a PIT maneuver, which would result in the suspect vehicle rolling onto its side, ending the pursuit. It ended in Redford near 6 Mile.

Both suspects inside the vehicle were arrested without incident and were taken into custody by Warren police.

Police said the chase was linked to a shooting that took place during a domestic assault incident in Sterling Heights.