Joe Lunghamer, the Detroit Auto Show Chairman, and Rod Alberts, head of the Detroit Auto Dealers Association, say there will be a huge headliner this year but they're not quite ready to reveal it. They promise, however, tit will not disappoint.

DETROIT (FOX 2) - With the return of the Detroit Auto Show comes the return of the much-anticipated charity preview gala, which raises millions of dollars for children's charities throughout Southeast Michigan.

This year's gala - just like the auto show - will rev up guests and the economy.

Joe Lunghamer, the Detroit Auto Show Chairman, and Rod Alberts, head of the Detroit Auto Dealers Association, say there will be a huge headliner this year, but they're not quite ready to reveal it. They promise, however, it will not disappoint.

"During the pandemic, we haven’t been able to go out, light it up, and have fun. We want to bring it back to the black-tie event," Lunghamer said.

The annual black-tie event was always in January. In 2020, it was supposed to be in the summer and Alberts explains that they were planning to make it more casual for that year. That didn't happen because of Covid, and Alberts said they'll bring it back to the black-tie gala.

"Two years ago, we were looking at making it more casual. After we have gone through everything we've gone through, it is time to dust off the outfits and really go out and have a party and have a good time. And then raise money for the kids, too. I think people are ready," Alberts said.

After three years, the Motor City will host the world's largest single-night fundraiser. The date is September 16 inside the newly renamed Huntington Place in Downtown Detroit.

It's often called auto prom as guests wear their finest and walk through flashy and futuristic cars.

"The discount (is) a little bit there - just make sure you take someone buddy or partner, that's the main thing – but overall we want to create something that is a great value and show off Detroit and make something fun for the community we haven’t had for 3 years," Alberts said.

The ticket sales benefit six children's charities and, in the past, it's raised more than $4 million in a night. That's money that many non-profits have had to go without during the pandemic as Covid forced organizers to cancel the event twice.

"We have to keep that focus on what we are really thinking about community-minded, kids involved, and doing something in that regard. In the end, everybody's going to have a good time," Alberts said. "We want to make sure we realize what it's all about."

The city of Detroit is helping to pave the way for the revamped Detroit Auto Show. The public will be able to enjoy the week-long event indoors and outdoors, which promises more vehicle engagement, electrification, and technology, while generating millions for Detroit's economy.

"We want to energize the economy downtown, too. (It's) a chance to get the restaurants going again and get the community going again and partnerships. We are really partnering more than we ever have before with the community target audiences that are underserved or otherwise, that are excited to be part of the show," Alberts said. 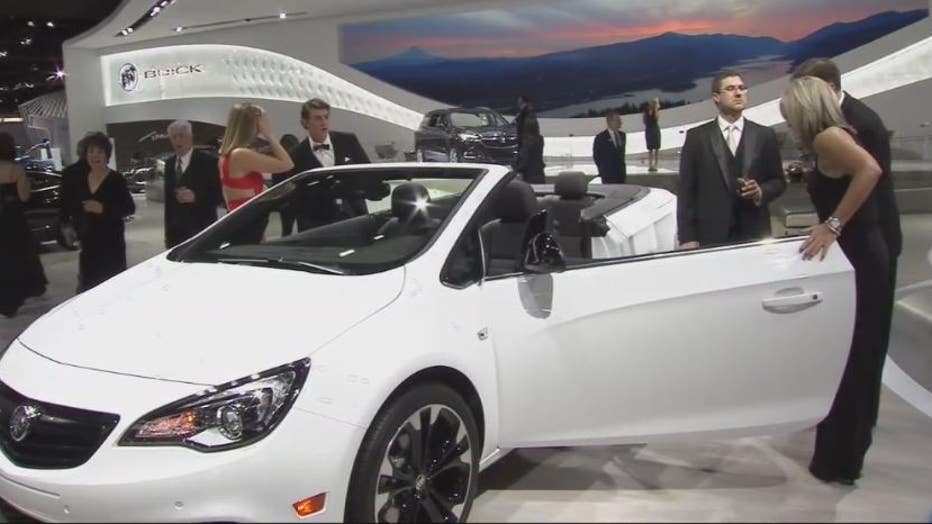