Holiday season begins in Detroit on Friday with Tree Lighting

The 19th annual Detroit Tree Lighting is Friday. Catch all the fun from 5 p.m. until Midnight at Campus Martius Park.

DETROIT (FOX 2) - Detroit's Christmas tree in Campus Martius will be lit for the season Friday.

Santa will count down the moments until the thousands of lights on the Norway spruce are lit. 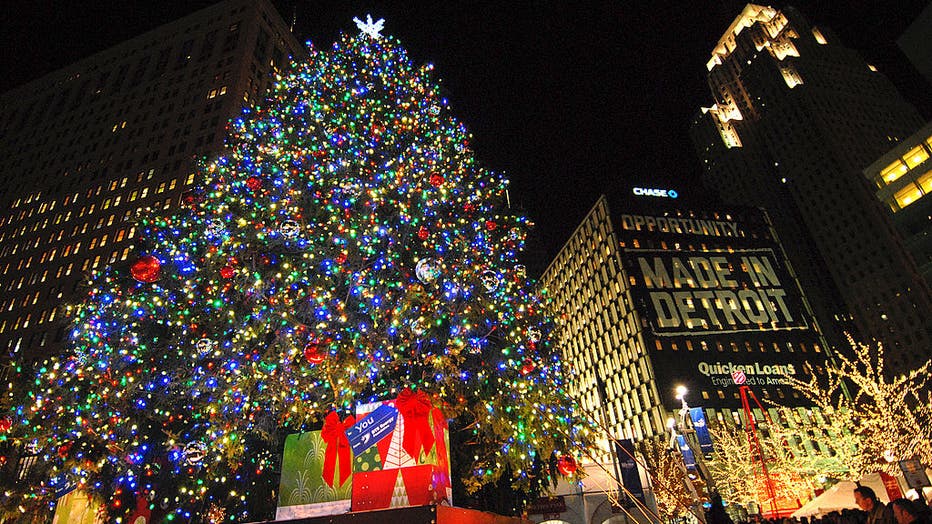 When is the Detroit Tree Lighting?

What is there to do at the Detroit Tree Lighting?

There will be carriage rides for $10 per person or $40 for private rides. The Downtown Detroit Markets and Cadillac Lodge will also be open.

Who is performing at the event?

What is there to eat?

In addition to the restaurants in the area, check out offerings from these food trucks: 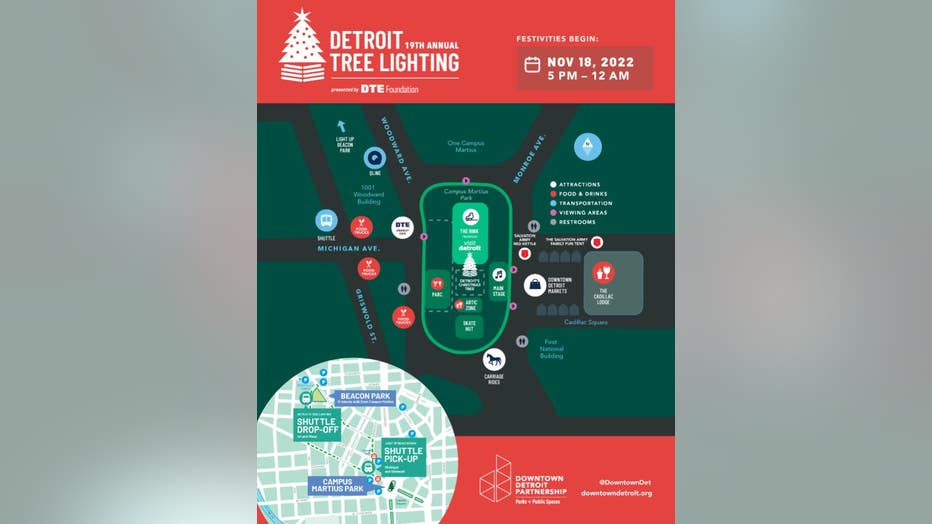 Where is parking for the Detroit Tree Lighting?

Parking for many lots around the event can be booked online now.

Which roads will be closed? 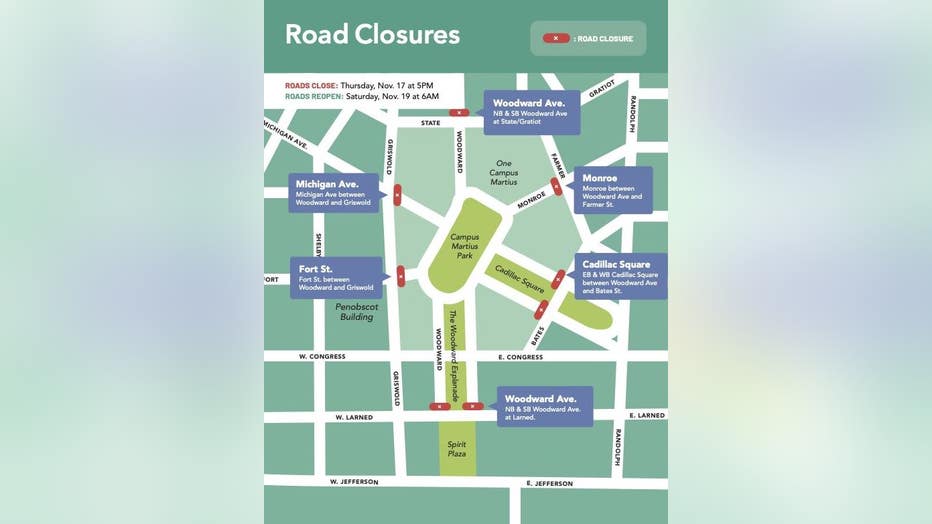 While you're downtown, head to Beacon Park from 5-11:30 p.m. for another holiday event featuring live entertainment. You can also watch a livestream of the Campus Martius tree lighting from Beacon Park.

The park will be transformed into Toyland, with large light installations. Children can take rides on a toy train, too.

The 20-foot Children’s Tree will be lit at 6 p.m. It will be decorated with ornaments made by Detroit children. Santa and reindeer will be there, as well as a "Rockette" inspired performance by the St. Clair Shores-based Casali Holiday Dancers.

Like the Detroit Tree Lighting, food trucks will be onsite.

More things to do: