The suit alleges that before Officer Funderburg crashed into Cliff Woodards’ vehicle at the intersection, dispatchers and even her partner in the scout car, told her to stand down — but Funderburg continued speeding to the scene -- running a red light and hitting Woodards' car.

DETROIT (FOX 2) - Just over a year ago prominent attorney Cliff Woodards III was killed in a car collision with a Detroit police squad car. Since then, the officer that was behind the wheel has been charged with involuntary manslaughter - and the victim's family is suing for $50 million.

"The pursuit of justice and closure has been something that has been top of mind since Feb. 8th," said Melissa Woodards Connelly, daughter of Woodards."And a year later, to still not have it, it is disheartening, it's frustrating."

Connelly wants justice and closure. She filed a $50 million wrongful death lawsuit against the city of Detroit and the police officer who struck and killed her father in a car crash last year.

Officer Teaira Funderburg was driving to assist other officers in a non-emergency, non-life-threatening situation.

The suit alleges that before Funderburg crashed into Cliff Woodards’ vehicle at the intersection, dispatchers and even her partner in the scout car, told her to stand down — but Funderberg continued speeding to the scene -- running a red light and hitting Woodards' car.

"All the police officer had to do was do one thing right, slow down, don’t go through the red light," said attorney Arnold Reed. "How about obeying the command, just one command. We perhaps may not be sitting talking to you tonight."

Reed is representing Connelly in the suit. He was close friends with Woodards who was also a prominent attorney in Metro Detroit.

"We have a situation here Randy where, if it wasn’t Cliff then who was it going to be?" he said. "You are racing through the city of Detroit.

Meanwhile, Connelly, who is expecting, is holding on to memories of her father and reflecting on the fact he will never meet his granddaughter.

"My father always called me 'little girl' regardless of how old I was and I’m having a daughter," she said. "And I would give any amount of money in the world to hear my father say, ‘little girl’ one more time, whether it’s to me or whether it was about his granddaughter."

It came out during the criminal court proceedings that Officer Funderburg had a spotty driving record which includes four citations speeding, running a stop sign, and three car accidents - not including the one which killed Woodards.

FOX 2 reached out to Officer Funderburg’s attorney for comment, but got no response. 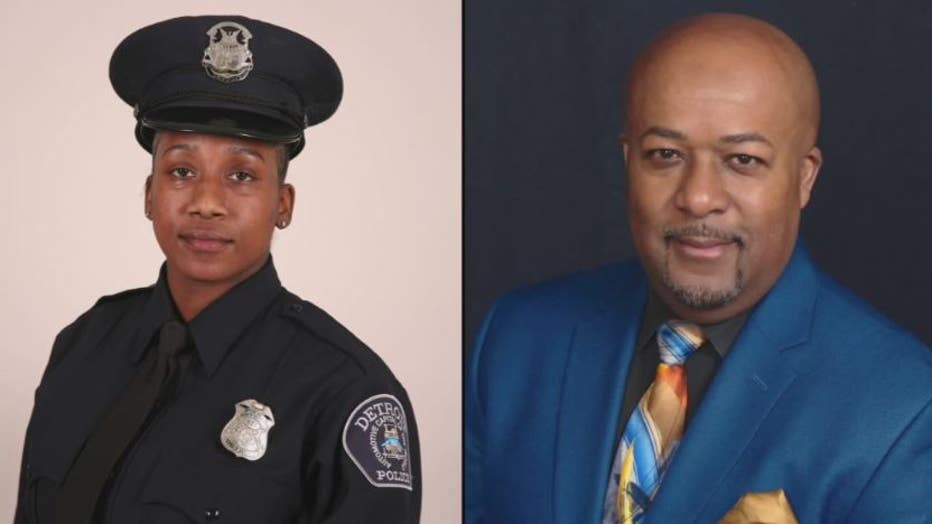