Spirit Airline passengers fight in Atlanta before flight to Detroit

Another fight between Spirit Airline passengers has been caught on video -- this time between a mother and daughter as they awaited a flight to Detroit.

DETROIT (FOX 2) - Two women awaiting a flight to Detroit fought at Hartsfield-Jackson Airport In Atlanta before two other passengers stepped in to break it up.

The fight was caught on video. It appears the two women who were waiting for their Spirit Airlines flight are mother and daughter.

Officials with the airport said police were not called. Spirit Airlines did not respond to a request for comment. 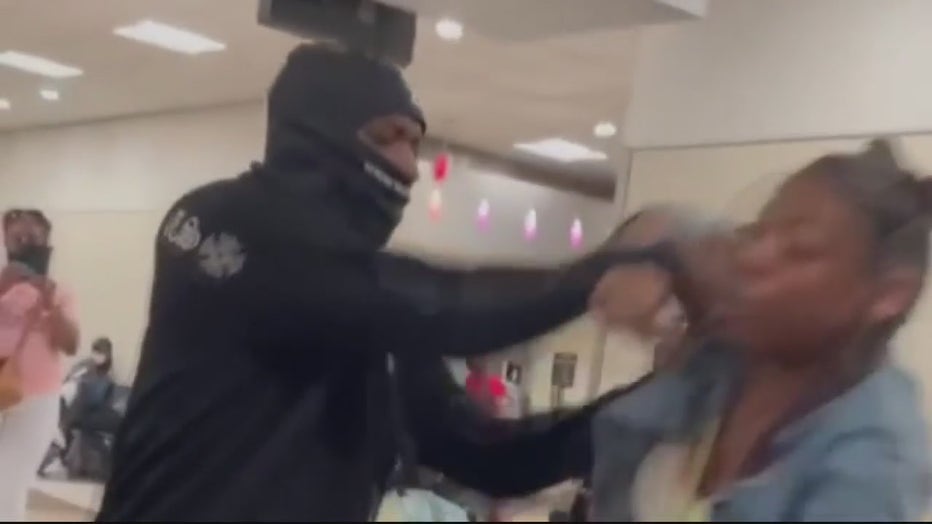 A man breaks up a fight between two women at Hartsfield-Jackson Airport In Atlanta.

It's not the first time Spirit passengers have brawled at airports or on flights.

Last week, two people headed to Atlanta from Las Vegas fought during their flight, while earlier this year, two passengers duked it out after landing at Detroit Metro Airport.

A national survey found that there has been an uptick in unruly passengers recently.

"Eighty-five percent of the flight attendants who took this survey, and that’s over 5,000 of them, said that they have dealt with unruly passengers this year," said Andrew Feldman, the spokesperson for the Association Of Flight Attendants-CWA. "The vitriol, the verbal, and physical abuse that we’re seeing from a small number of passengers on our aircrafts and in our airports is out of control."

The association said it wants the Federal Aviation Administration's no-tolerance policy for problematic travelers to become permanent, and it wants those who break the rules to be prosecuted not just fined.

The FAA released a statement:

"The FAA shares the concerns of the Association of Flight Attendants, and we’re deeply troubled any time a cabin crew member faces threats while performing their critical, safety duties. That’s why we adopted a zero-tolerance policy, and why we are taking the strongest possible action within our legal authority. We have launched an extensive education campaign so the public knows about the consequences."