WEDNESDAY NEWS HIT - The shooting death of Hakim Littleton by Detroit police last summer was one of the city's higher-profile cases during a turbulent and combustible period between law enforcement and activists.

One of Detroit's higher-profile police-involved shootings last year will get an update Wednesday when the Wayne County Prosecutor's Office announces whether it plans to charge the police involved in the shooting death of Hakim Littleton. While DPD's chief has retained his support for his officers, Littleton's brother believes they misused their power.

Littleton was shot after he pulled a gun out and shot at officers during an arrest of a separate individual that day. His death sparked a wave of protests that only added fuel to the fire in Detroit last year, which had already been embroiled in protests against police violence.

The Detroit police chief has maintained his support and defense of the officers involved. But Littleton's brother Rashad says DPD mishandled the situation. The Wayne County Prosecutor's Office is expected to announce a charging decision today. 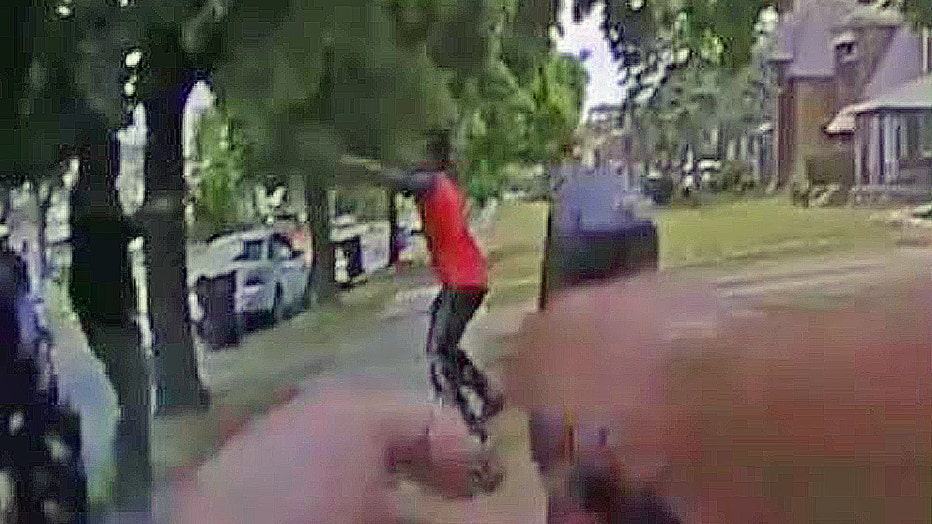 Prosecutor Kym Worthy is expected to announce whether the department will charge the officers involved or not at noon today. Craig has said he will withhold comment until after the announcement. The activist group Detroit Will Breathe will also speak on the matter later in the afternoon.

Why are vaccinated people still getting COVID-19?

It's a good question to ask and a justifiable one to want an answer to after reports from the health department yesterday revealed that 246 fully vaccinated residents in Michigan had contracted COVID-19 while another three had died.

That number comes with some caveats and requires simple math to put into context. First, of the 1.7 million people fully vaccinated in the state, only .0001 of them have gotten infected - an infinitesimal amount. The health department has only confirmed 11 of those people have been hospitalized with an infection. While 103 had not. Another 129 had no hospital data at all.

Of the three people that have died, all were over 65. Two of the deaths were within three weeks of completing the vaccination.

These tiny percentages fall in line with the 94-95% effectiveness of the Moderna and Pfizer vaccines respectively. They aren't 100% effective and have never claimed to be. But the vaccines have been shown to reduce how sick a person gets if they contract the illness. And this is evident in the disparity among hospitalizations of different age groups in Michigan.

Michigan's governor got the Pfizer vaccine shot Tuesday morning at Ford Field, her first dose protecting her against the coronavirus

River Rouge police are looking into an arrest incident involving a 17-year-old girl who was taken into custody after she was found to be driving a car with a permit but without an adult. A lawyer hired by the family of the girl also says a lawsuit is in the works that accuse the arresting officers of excessive force.

The teen girl, identified as Maliyah Clary, was yanked out of her mother's SUV during a February traffic stop. One of the officers also pointed a gun at her teenage cousins, bodycam footage shows. She was eventually charged with reckless driving, resisting arrest, and disobeying a stop sign.

"I wasn’t understanding why they were asking me to get out of the car," Clary said. "So I was trying to ask them, why, what’s wrong? But they just grabbed me out of the car."

FOX 2 showed the footage to a law enforcement trainer and a retired assistant police chief, who said it's tough to make a call on the arrest without knowing all that led up to the stop. "If he’s stopping her and he’s giving her a directive to get out of the vehicle and he feels threatened, he can’t see her hands or can't see something like that, he has every right to order her out of the vehicle," said Darnell Blackburn.

The River Rouge Police Department is looking into the force used in the arrest of 17-year-old Maliyah Clary who was driving with permit, but without an adult.

Genesee County Prosecutor David Leyton said attorneys Marc Fishman, Ryan Fishman, and Alexandra Ichim "put a dagger in the heart" of due process when they forged signatures and lied when they said they served documents to defendants.

Working as professional debt collectors, the three attorneys would forge documents to say that defendants had been served when they hadn't been. Then they would use the courts to attempt to gain damages from people who didn't realize they were served.

"It's greed. It's simple greed," Genessee County Sheriff Christopher Swanson. "If it wasn't for the courage of these victims and witnesses to come forward, we might not be here as soon as we are."

Three Oakland County-based attorneys on the other side of the law - charged for a conspiracy to steal money from people - who didn’t even know it and.duping judges along the way.

A preliminary report from a shooting scene early Wednesday morning says that a 64-year-old man walked into a location and began shooting.

The suspect shot three other men, killing a 24-year-old man who died from his injuries at a hospital. The second and third victim were also hospitalized, with a 22-year-old in critical condition and a 43-year-old in stable condition.

The suspect fled the scene in a pickup truck before later getting arrested. Police also recovered a weapon.

Officers are still looking for the driver of the truck. Any with information regarding this crime is asked to call the Detroit Police Department’s Homicide Unit at 313-596-2260 or Crime Stoppers at 1-800-Speak Up.

If you liked yesterday's weather, you'll love the conditions on the way today. It's going to be 81 degrees today. The last time we eclipsed that mark was Sept. 27.

Expect temperatures to soar this afternoon to near 80 degrees. Our previous record high for today was 83 degrees, so we will get very close to it. Skies should stay mostly sunny from start to finish with just a few passing clouds. Rain chances are on the way on Thursday.

Bezos said he supports the bold investments in America’s infrastructure and added that the "investment will require concessions from all sides—both on the specifics of what’s included as well as how it gets paid for (we’re supportive of a rise in the corporate tax rate)."

Biden’s ambitious infrastructure plan looks to commit $621 billion toward rebuilding the nation’s roads, bridges and highways, as well as installing electric vehicle charging stations and other transportation infrastructure. The spending would push the country away from internal combustion engines that the auto industry views as an increasingly antiquated technology.