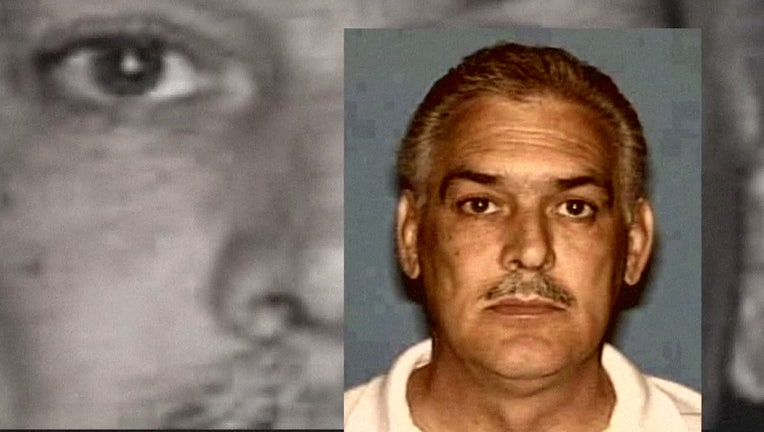 DETROIT (FOX 2) - For the past two decades, James Meece has been in hiding after disappearing while on parole for sexually assaulting two girls, 9 and 12. Now the U.S. Marshals say he's done hiding and is now in custody.

In the past 19 years, Meece has taken on a new name, gotten married - which officials said he went to great lengths to coverup -  and has been living in the Los Angeles area.

James William Meece was born in northern Kentucky moved to Michigan's Upper Peninsula in the late 1980s, but he already had a criminal record.

Meece was convicted of rape in southern Ohio in 1980 after previous convictions of fraud and weapons offenses in the 1960s.

Meece moved to Escanaba and in with a woman with two young girls.

Meece, now 71, was convicted in 1991 for sexually assaulting the daughters of a woman he was dating at the time. Authorities said he threatened to kill them all if they revealed the abuse.

After his conviction, he was a Tier 3 sex offender and had to register as a sex offender for the rest of his life. In May 1999, he was paroled. By November, he absconded and a warrant was issued for his arrest.

In 2011, the U.S. Marshals fugitive apprehension team took on the case and in 2017 it was transferred to the sex offenders investigation branch.

Investigators did not say how but in 2018, they said they obtained information about Meece that tied him to a woman in El Monte, California, a suburb of Los Angeles. Authorities said they determined Meece and the woman were married in Las Vegas in July 2001 and that they had gone to great lengths to keep it concealed.

In summer 2018, investigators said they learned the woman and Meece were still involved and that she had done several things on his behalf, including using different aliases.

Investigators talked to the woman in January 2019. She denied knowing Meece but interviews with her neighbors and family revealed she had been married to a man named Anthony Bennetti but he hadn't been seen since 2004 when he left her.

Bennetti's description matched Meece and passed along stories that were similar to Meece's tales of being a U.S. Army Green Beret, a Vietnam veteran, a prisoner of war, a CIA agent, an FBI agent, a U.S. Marshal, and member of other law enforcement agencies.

In reality, he was never deployed, never left the United States, and never even saw combat. He's taken his military stories a step further, strategically placing false military documents where these women will find them.

Authorities said he used those stories to gain the trust of women he raped and defrauded or whose children he sexually assaulted.

Throughout 2019, investigators watched the woman and got a warrant in spring 2020 to search her home but it was delayed because of COVID-19.

Last month, investigators searched the home where they found and arrested Meece without incident.

Several items were found, including a sniper rifle and various fraudulent identity documents Meece had used during his time as a fugitive.

“I am so proud of the teamwork the USMS displayed to get a truly dangerous individual off the street,” said Owen Cypher, U.S. Marshal for the Eastern District of Michigan. “This arrest demonstrates the tenacity of U.S. Marshals investigators and everyone who participated in taking this dangerous individual off the streets, not only in the Eastern District of Michigan, but also the Central District of California, the Southern District of California, and many components of the agency’s Investigative Operations Division.  I am confident without their support, James Meece would still be victimizing women and children.”

Investigators said they believe Meece has other victims and asks them to contact the SMS District Office or the U.S. Marshals Service Communications Center at 1-800-336-0102.