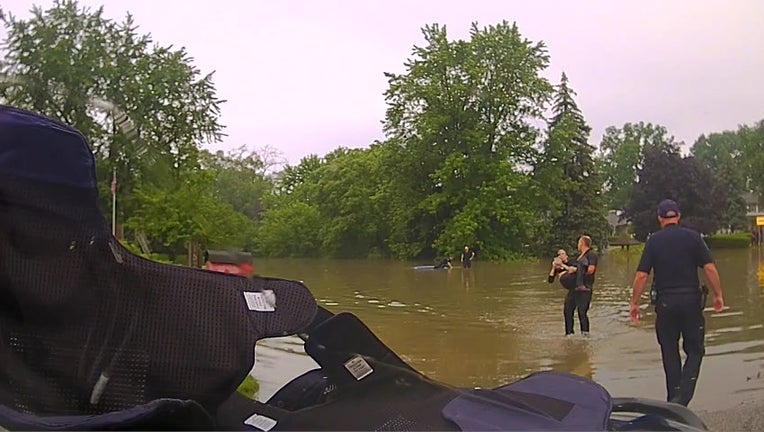 Clinton Township Police saved a woman who was trapped in rising floodwaters on Saturday, June 26.

CLINTON TWP, Mich. (FOX 2) - Three Clinton Township Police Officers swam through floodwaters Saturday morning to save a woman who was trapped in her car as flooding swept over the road she was driving on.

Police said the call came in around 8 a.m. to a report of a driver in distress on Millar Road. The driver, an 82-year-old woman, was trapped in her car as it was being swept off the road.

‘One of the worst storms we’ve had': No timeline for when Detroit's freeways will be clear

When officers arrived, the car was mostly submerged and sinking as the water continued to rise. Three officers quickly dropped all of their gear and swam into the water to pull the woman from her car before it was completely submerged.

The woman was conscious and alert and taken to a hospital for observation.

At least 2 inches of rain fell in Macomb County Friday night into Saturday morning. Farther south, in Detroit, 6 inches of rain was measured in some locations.

Photos posted by the Clinton Township Police Department show an SUV several feet away from the road.

Police are reminding drivers to never drive over standing water on the road as the depth and current is never apparent. Your car could be swept away in as little as 6 inches of water.

MORE: Don't go around barricades to drive through flooded freeways 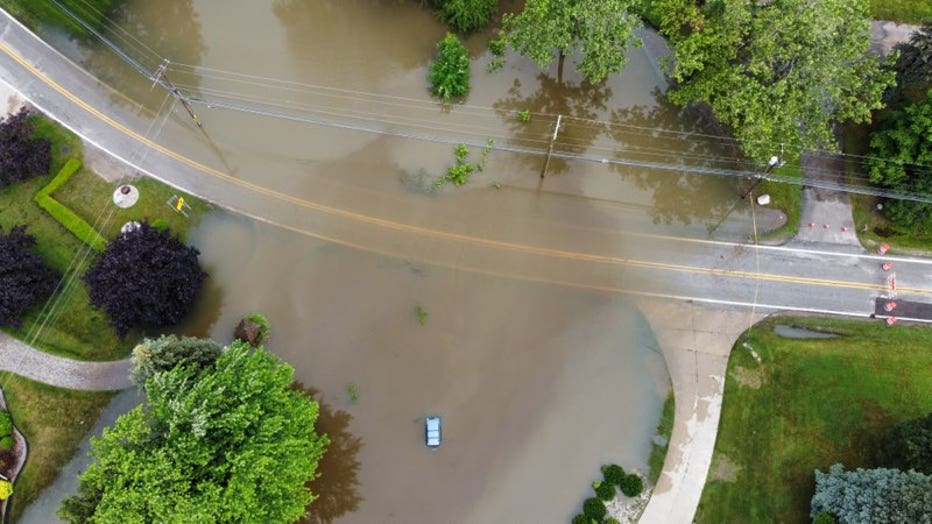 Clinton Township Police saved a woman who was trapped in rising floodwaters on Saturday, June 26. Police said she trapped in the car as it was being submerged in the floods.