DETROIT (FOX 2) - Waking up to gunshots - and police pounding on their doors - neighbors learned that two men were shot and killed on Eastwood Street near Barlow Monday.

Friends identified the victims as Allen Armstrong and his cousin Marco Armstrong. They were both 31-year-old fathers who grew up on the east side. Both were shot in the head.

"Too much death around here, and all this shooting all the time," said Roz Hampton, a neighbor.

"I don't even know what to say about (the murders). That's just crazy, I'm shocked, like what's going on," said another man.

Detroit police say just after 2 a.m. Monday - Allen and Marco had been inside Allen's 2006 black Chevrolet Impala not far from home. The two crashed the car into a fence.

Police arrived to find both Allen and Marco had been shot to death. One of them was still in the car and the other was outside the driver's side door.

A friend of both Allen and Marco said they believe the two had been targeted after an angry ex-girlfriend began posting negative comments and death threats on social media.

That friend also says they spoke to Allen on Saturday night. Allen was apparently worried about it and saved a copy of one of the posts to his phone.

Detroit police are now working leads and planning to look into those alleged threats as well.

"They should get to the bottom of it but you know how that's going to go," said another man. 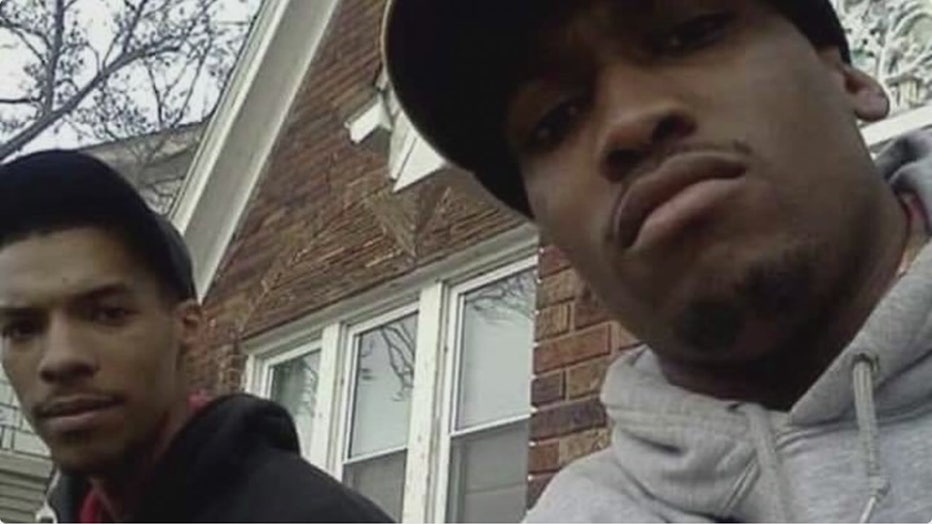 Meanwhile, friends are describing the two as wonderful fathers who loved their family and friends. The Armstrongs, hit hard, are now forced to say goodbye to not one, but two family members.