DETROIT (FOX 2) - A judge has dismissed criminal charges against a Detroit school teacher in connection to the February 2020 death of a 15-year-old student at Mumford High School in Detroit.

No criminal charges coming for Mumford teacher after student drowning

Judge Kenneth King dismissed the case against Kareem Sigler, who had been charged with involuntary manslaughter in the death of Da'Sean Blanding. The 15-year-old student drowned in Mumford High School's pool on Feb. 24, 2020.

Judge Kenneth King dismissed the case against Kareem Sigler, who had been charged with involuntary manslaughter in the death of Da'Sean Blanding. The 15-year-old student drowned in Mumford High School's pool on Feb. 24, 2020.

Blanding was a student in Sigler's class that day when he was found unresponsive by a swimming instructor. CPR was immediately started when the boy was pulled from the pool. He was taken to the hospital but was pronounced dead.

Sigler had been accused of being grossly negligent for failing to supervise Blanding, resulting in the teenager's death, and was charged with involuntary manslaughter. On Wednesday, the judge in the case dismissed the charges, saying the Detroit Public Schools should shoulder the blame.

Sigler was in court on Wednesday for a hearing and his attorney argued that the teacher had issues taking attendance that day but never left the swim area. 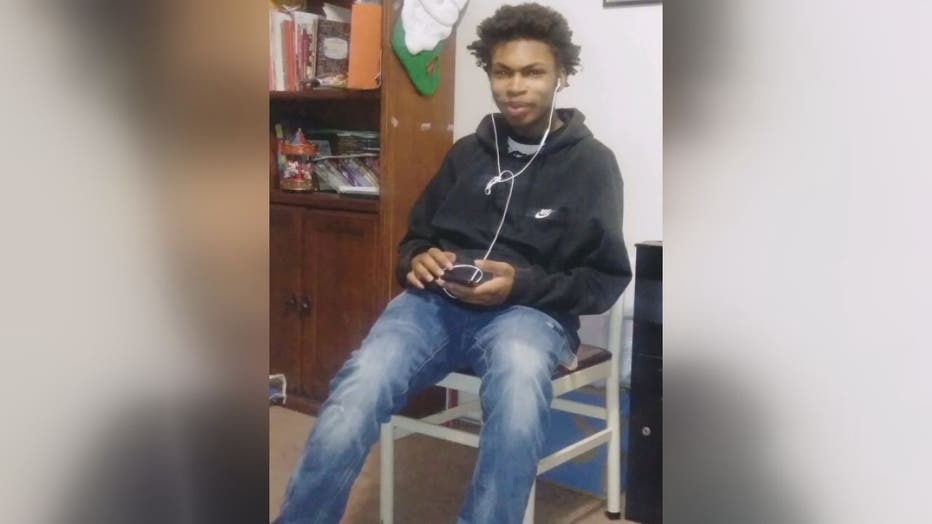 The Wayne County assistant prosecutor said that there was a dunking game being played in the swim class, as given in sworn testimony, that Sigler claimed he was unaware of. She said the testimony from witnesses contradicted Sigler's account and asked him to be bound over as charged.

Judge King said what happened to Blanding was tragic, all the way around, and said that Sigler may be negligent in the discharge of his duties. However, he said ordinary negligence isn't the standard for involuntary manslaughter and that the state must show that the defendant was grossly negligent.

"Had he been at McDonald's while class was going on and left the class unattended, if he was drinking on the job, and left for any extended period of time, that would most certainly be gross negligence," he said. "Ordinary negligence, turning your back for a minute or two does not qualify as gross negligence."

He then posed the question of Sigler's actions were so reckless that they resulted in Blanding's death and if he was indifferent to the teenager suffering injuries. Instead, he said the school system failed Blanding.

"If there's anybody, anyone to really be blamed here, I think the Detroit Public Schools are at fault. Anytime that you have a single teacher in a swim class in charge of over 30 students in a class, that in and of itself is reckless," he said. "I don't think that we can blame Mr. Sigler for that. That's his job. But I think it is a terrible idea to have any teacher teaching any class to have over 30 students, particularly in a swim class."

The judge said Sigler was not grossly negligent and didn't meet the standard of gross negligence. He then ordered the case dismissed for insufficient evidence.

The family of Da'Sean Blanding had asked the school district to thoroughly investigate his death, and say they will be fighting to revise Michigan's anti-bullying law to protect individuals with learning disabilities.

Da'Sean was learning disabled and his mother, Christina Blanding, says he had been bullied at a former school was briefly being homeschooled before switching to Mumford. She believes the bullying continued at Mumford and that it may have played a role in his death.

"Da'Sean was very loving, he loved everybody. He loves to give hugs," said Rose, Blanding's aunt. "What's hard for me is we share a Birthday. Not looking forward to it."

The mother of a Detroit high school student who drowned last month believes the drowning was no accident.