The longtime mayor of Dearborn Heights, Daniel Paletko, has died from COVID-19, the city announced overnight.

Politics was actually his second career, as he worked for Ford Motor Company as a financial manager.

The city did not give details about how long Paletko had been sick. Funeral arrangements have not yet been announced.

Four men are facing charges after police in Warren say they broke up a major fentanyl trafficking ring that's allegedly tied to dozens of overdoses and at least three deaths.

All suspects are in their 30s and face a number of felony charges that range from drug trafficking to delivery and manufacturing of fentanyl.

The Warren police investigation began in early November and followed an overdose death of a 47-year-old Warren resident.

The investigation led to the arrests, as well as the raids of two locations in Detroit. Warren police say evidence there pointed to two dozen overdoses and three deaths in Warren.

Police believe the suspects are part of a major drug trafficking ring that extends outside of the Warren area into the rest of Macomb County, as well as Wayne, St. Clair and Lapeer counties.

Police estimate at least 100 lives were saved from the amount of fentanyl seized thus far.

Four men are facing charges after police in Warren say they broke up a major fentanyl trafficking ring that's allegedly tied to dozens of overdoses and at least three deaths.

Michigan woman who made election fraud allegations could face lawsuit

The Michigan woman who gained national attention for her election fraud testimony in Lansing could be facing a defamatory lawsuit.

Mellisa Carone received a letter from defamation lawyers representing Dominion Voting Systems, demanding that Carone, among with others, stop making unproven allegations of election fraud. The letter claims that Carone’s attacks "have no basis in reality." 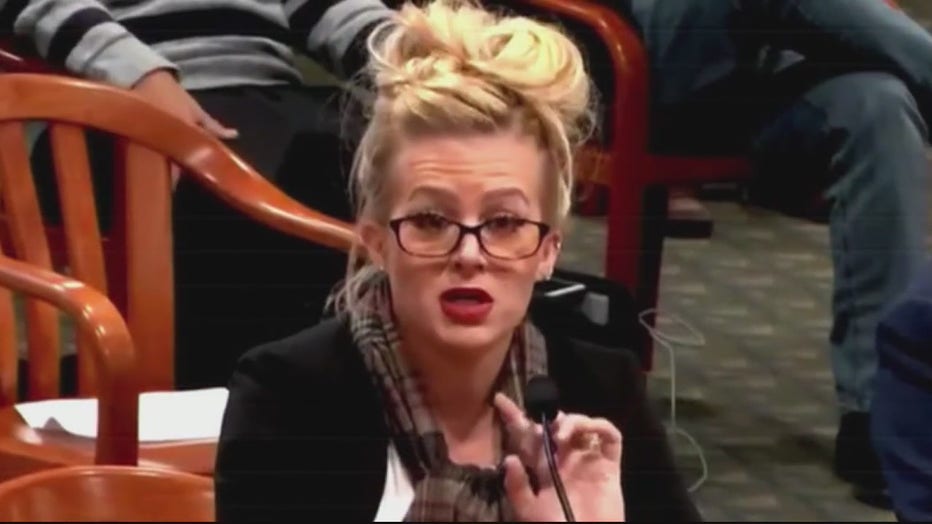 Carone worked as a contract employee for Dominion in Detroit. She’s made a number of disproved and discredited voter fraud allegations. Dominion designed the election equipment used in Detroit and a host of other cities and counties throughout the country.

"We write to you now, because you have positioned yourself as a prominent leader of the ongoing misinformation campaign by pretending to have some sort of "insider’s knowledge" regarding Dominion’s business activities when in reality you were hired through a staffing agency for one day to clean glass on machines and complete other menial tasks," the letter states.

"My job description was in IT support," Carone said. "I don’t know what they mean when they say cleaning glass. I never cleaned glass."

Attorneys for Dominion are also telling Carone to preserve any and all communications she’s had with the Trump Campaign, lawyers leading the charge to overturn the election and anyone may have paid her to public comments about the election, saying litigation is imminent.

A Winter Weather Advisory is in place in southeastern Michigan until 10 a.m. Wednesday.

Wednesday Winter Weather Advisory takes us through the morning commute.

Our wintry mix will change to rain mid/late morning.

1. Gov. Gretchen Whitmer held a COVID-19 news briefing yesterday, in which she announced the signing of a $106 million bipartisan relief bill to provide families and small businesses support while also extending unemployment benefits to 26 weeks.

2. A mother and children in Macomb County meet the Good Samaritans who saved them from their overturned, burning car.

3. A Wayne County family has filed a lawsuit against a Kansas man who said he would perform an autopsy but sent the remains of their loved one to a funeral home for cremation.

4. The "Ring in the New Year with a Bell, Not a Bang" campaign lives on in memory of Wayne County Sheriff Benny Napoleon, who died earlier this month of COVID-19.

U.S. Treasury Secretary Steven Mnuchin announced that Americans could begin receiving a second round of direct stimulus payments as early as Tuesday night.

Mnuchin tweeted that the Treasury Department has delivered a payment file to the U.S. Federal Reserve for long-awaited economic payments.

"These payments may begin to arrive in some accounts by direct deposit as early as tonight and will continue into next week," Mnuchin wrote.

Mnuchin added that paper checks will be distributed beginning Wednesday.

"Paper checks will begin to be mailed tomorrow. Later this week, you can check the status of your payment at http://IRS.gov/GetMyPayment."

The news follows the passage of a second COVID-19 relief bill totaling approximately $900 billion last week, among the largest rescue packages of its kind.